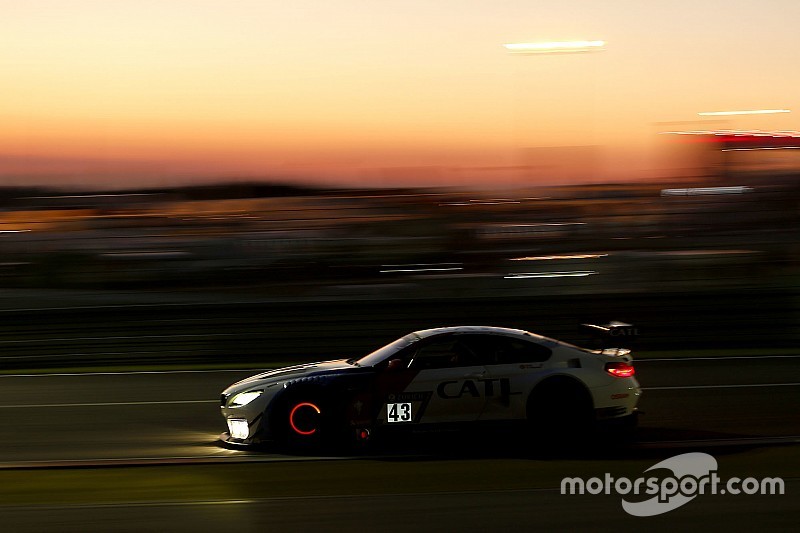 With a final effort of 8m22.307s, DTM regular Farfus managed to beat the #38 Abt Sportsline Bentley Continental GT3 of Christian Mamerow by 0.948s.

"It doesn't count for much, really. We managed provisional pole-position with our #43 car which is okay for the moment. However, we need to make sure to get the car into the top 30 qualifying shootout in order to be able to fight for pole-position," Farfus said.

The Brazilian is scheduled to drive both the #43 and the sister #42 Schnitzer car, which was classified in third, 1.5s down on the overall pace-setting M6.

Kelvin van der Linde was fourth-fastest in the #29 Land Motorsport Audi R8 LMS, while Daniel Keilwitz made it four different marques in the top five in the #22 WTM Racing Ferrari 488 GT3.

Reigning champion squad Black Falcon Racing was sixth, with Manuel Metzger ending up 2.762s off the pace in the #1 Mercedes-AMG GT3.

Times are expected to drop dramatically during Friday's second qualifying session which will take place in the morning and on a much cleaner track.

During the first qualifying session, drivers repeatedly complained about dirt on the racing line, traffic and people still trying to find their way around the treacherous Nordschleife.

24 Hours of Nürburgring: Top-class grid for the race of the year