Nissan upbeat after qualifying for the 2016 Bathurst 12 Hour – video 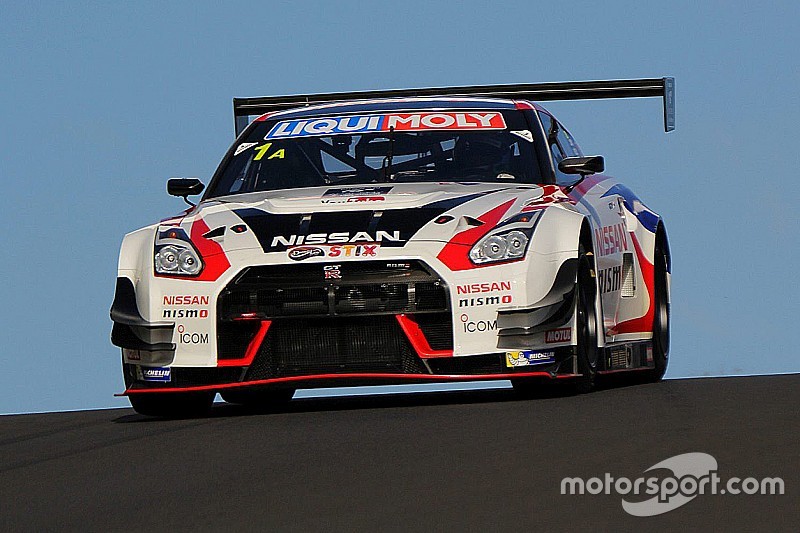 Bathurst, Australia – The NISMO Athlete Global Team will start the 2016 Bathurst 12 Hour from 13th on the grid after a mixed qualifying session at Mount Panorama today.

Rick Kelly was given the honour of qualifying the #1 Nissan GT-R NISMO GT3, posting a time of 2m02.998s – over one second faster than the qualifying time for the Nissan in last year’s corresponding session.

Kelly said that he was unable to get the most out of the new Michelin tyre in the opening laps of qualifying. He eventually set his fastest time on the last lap of the session.

Katsumasa Chiyo and Florian Strauss also drove the GT-R NISMO GT3 in qualifying and are looking forward to the race tomorrow – starting at 5:45am local time.

“It’s certainly not where we targeted, that’s for sure. Pole wasn’t a big deal for us but we certainly wanted to be a little further up than that,” said Rick Kelly.

“This spec car doesn’t seem to phase the tyres and I probably didn’t get the most out of the car as well. It really does look after its tyres so the race-spec set-up on the car is strong.

“Certainly, it’s not where we want to be and a little bit more work at the start of the race than what we would like. But we’re still in a very good position as far as the race car goes. It’s a 12 Hour race and we really need to focus on keeping it nice and clean, especially at the start and at mid-race so we are there at the end like they were last year.”

“When I was in the car it was at the start of the first qualifying session so I just made sure the car is fine on different sets of compounds and that the balance is alright for the race,” said Florian Strauss.

“It’s a little bit disappointing now as Rick couldn’t get one clear lap but this is a long race. It would be nice to start a little closer to the front so we would be a little safer at the first turn.

“Overall, over the weekend, we look quite strong. Every driver is fast and also with the Michelin tyres we have the right choice for the race and I’m looking forward to tomorrow.”

“Rick went out with new tyres at the end of the session and I think he did a great job,” said Katsumasa Chiyo.

“This time, the other cars were much faster. We are just focused on tomorrow’s race and we are very confident with our car. Our car is very stable.

“The team has done a great job so far and I am glad that they are going to have a good sleep tonight, unlike last year! It will be good for them getting ready for tomorrow’s race.”