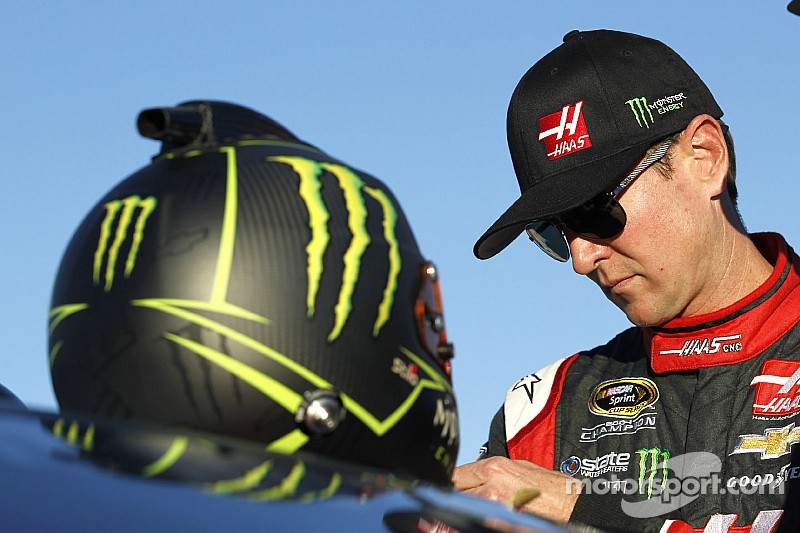 He is one of the name drivers expected for the endurance event.

The 25 Hours of Thunderhill presented by Hawk Brakes is three weeks away. Top teams and drivers are preparing for the twice around the clock plus one hour event sanctioned by the National Auto Sport Association (NASA) to run at Thunderhill Raceway in Willows, Calif., Dec 6-7.

Davidson Racing and VM Racing were using the NASA Western Championships to test and tune the cars that they will be running at the 25 Hours of Thunderhill. Well-known drivers such as NASCAR's Kurt Busch, TUDOR Championship's Brian Frisselle, Colin Braun, Davy Jones, Mike Skeen and Sean Rayhall have entered.

Coming off of a second place finish at the NASA Western Championships at Sonoma Raceway two weeks ago, Brian Frisselle and Davidson Racing have put a lot of testing miles on their BMW powered No. 17 Norma since last December.

"We changed engine builders since last year and we think we have BMW power all sorted," Frisselle said. "Driving with me will be Randy Pobst, Kyle Marcelli and one more driver we don't know as of yet. The 25 is a fun endurance event. When we go to the Daytona 24 Hours, it is really all business and that comes with a lot of pressure. The 25 is a fun race that really gets back to the roots of racing that is very competitive. I use it as a prep run for the Daytona 24 hours in late January."

VM Racing's Greg Vannucci is running all three of NASA's big events. He had his No. 25 Lotus Exige at Sonoma Raceway. To get to Sonoma he had to build a new car since the one he ran at the NASA Eastern Championships at Road Atlanta was wrecked exiting the last turn of his championship race.

"We went away from Sonoma with some body work to do and the axle doesn't seem to want to stay in the transmission," Vannucci said. "We took the car back to Iowa to do the body work and pull the transmission. Steve Myers is driving with me. This will be our first 25. We have to learn the track. Our car doesn't consume much, so we have a good chance of coming in on the upper half of the ES Class. The only issue we have is that the car has a small fuel cell, so we have will have to pit a few more times."

Jeff Shafer and his One Motorsports team is brining two Radicals to the 25. Shafer, a consistent 25 Hours of Thunderhill driver, is stepping aside this year to manage the team. He is bringing some friends from the TUDOR United SportsCar Series to help try and get a win.

"I've decided to step aside from driving so I can focus on managing the team," Shafer said. "With our first full season of IMSA Lites under our belt we have made some great friends in the TUDOR paddock and I'm proud to announce that both Sean Rayhall and Colin Braun will be in our driver lineup this year. Along with our IMSA Lites drivers John Falb and Todd Slusher, plus a few of the best Radical Cup drivers we have fielded this year with George Kurtz, Gerhard Watzinger, Jesse Menczer and Dave House, we have the most experienced driver lineup we've ever had to run the 25."

The team's goals are simple. "We want to occupy the first two steps of the podium," he continued. "We have tried many times and although we have had success in our class, we've failed every time for an overall win. Looking at the entry list, we may have the slowest ESR cars entered, but our past experience has proven that the fastest car doesn't mean an instant win. Our goals are really just to focus on our own program, don't worry about what everyone else is doing and optimize our own race. Looking back we have beaten ourselves with mistakes and mechanical problems, so our goal is simply don't beat ourselves."

"Improved reliability can be a frustrating thing," explained Shafer. "I would of said last year that we took care of this and although we had one car run the race without any serious problems, the other had the classic 25-cent piece break, which then caused a whole slew of other major problems. Both of these cars have been stripped down to the bare chassis since the last 25 hour race and been completely gone through. We are addicted to this race and don't take it lightly. These cars have been thought about and worked on all season in preparation for this race. Radicals are inherently reliable machines, but with any racecar, you stress them for 25 hours and you may find a weak point. We've prepared as much as we can, now let's pray those weak points are strong enough for 25."

NASA executive director, Jerry Kunzman, likes the way the field is coming together for what is becoming an early December tradition.

"We have a lot of great entries coming with some big name drivers," Kunzman said. "We have Stewart-Haas NASCAR driver Kurt Busch coming. NASA son Colin Braun and fellow IMSA competitor Sean Rayhall will be sharing a car, so we have star power. Looking at the entrires, we don't yet have a defending overall winner in the field this year, so it is really anyone's race to win. We have strong cars, and a truck, in all six classes and I am looking forward to a very competitive 25 hours of racing."