Multi-discipline programs for SMP Racing in 2014 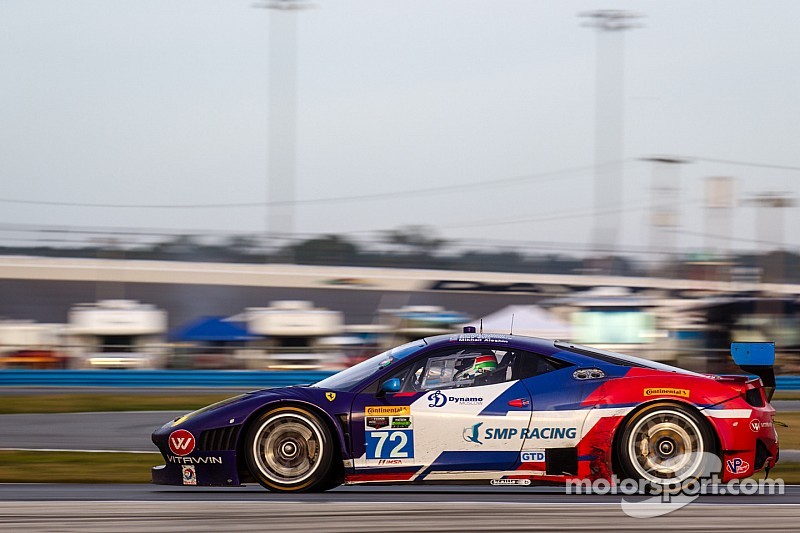 Coming off a banner season in 2013, topped off with the European Le Mans Series title, SMP Racing will be active on several fronts this year, and not only in endurance racing.

SMP Racing opened 2014 with the 24 Hours of Daytona running a Ferrari 458 with support from Extreme Speed Motorsports. Once again, the Russian colors shined on the international scene as the team claimed fourth place in the GT Daytona class. Mika Salo, Boris Rotenberg, Sergey Zlobin, Maurizio Mediani and Mikhail Aleshin were top contenders in a highly competitive category.

For us, the 24 Hours of Daytona was an exceptional experience.

“For us it was an exceptional experience,” admits Boris Rotenberg with a big smile. “I’m not a professional driver, so to take part in such a legendary race alongside reputable drivers was very gratifying. The atmosphere at races in America is totally different from what we have in Europe. It was my first time going there and I’m very happy with it. For now, it was just a one-off, but you never know. We will already be very busy this year with several programs to run.” The FIA WEC will be one of those major projects.

Many racing programs in 2014

In addition to the European Le Mans Series, the Russian team did well in the Blancpain Endurance Series just missing out on the Pro-Am title. An impressive performance at the 24 Hours of Spa silenced critics of a team that puts backing behind its ambitions. “SMP Racing is present in all the major categories while also putting in place a true feeder system,” continues Sergey Zlobin. “The FIA WEC will allow us to take the next step. At the same time, we will be present in Formule Renault Alps, German F3, Auto Sport Academy, Formule Renault Eurocup, European Le Mans Series and the IndyCar Series.”

Racing at Daytona with SMP/ESM, Mikhail Aleshin will participate in the full IndyCar schedule with Schmidt Peterson Motorsports: “It’s a new experience for me. I live in Indianapolis and racing in the USA is a priority for me. It’s a great opportunity for me and I thank SMP Bank for putting their trust in me. Everything is new: series, country, team, car…”

For the endurance program, SMP Racing will enter two ORECA 03 in the World Endurance Championship LM P2 class, with technical support from AF Corse. Nicolas Minassian, Maurizio Mediani and Sergey Zlobin will have driving duties in the lead car while Anton and Kiriil Ladygin will join Viktor Shaitar in the second car.

In addition, three Ferrari 458 Italia GT3 will run the ELMS season with intentions to defend the team’s title as well as a ticket to Le Mans in 2015. Despite its championship title in 2013, SMP Racing was not given an invitation to Le Mans this year because it missed the first round at Silverstone.

In the short term, SMP Racing will be headquartered in the south of France. When we asked Sergey Zlobin on the arrival of a possible Russian LM P2, his answer was given with a big smile: “If we launch an LM P2 building project, you will be the first to know.” Suffice it to say, the LM P2 project is definitely in the works, and it’s no coincidence a certain Paolo Catone has been part of the team since last year…