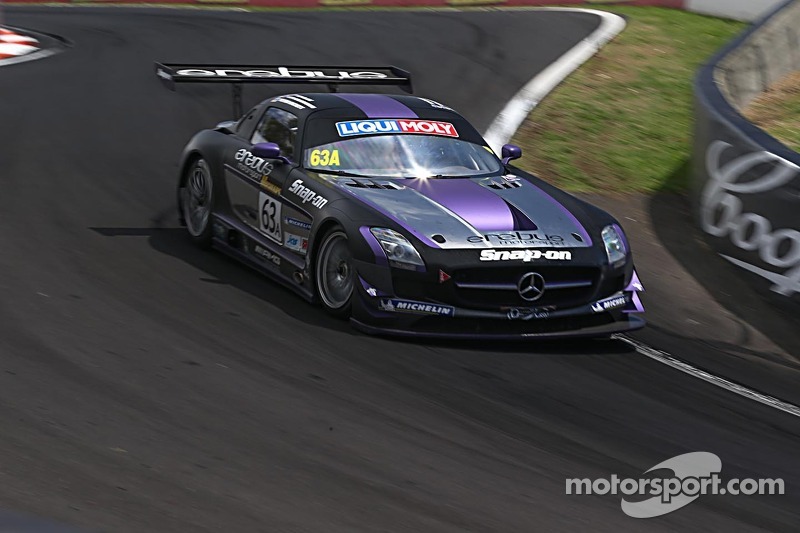 It was clear from early on in the weekend that many teams would be able to run the same set of MICHELIN tyres for two stints.

Outstanding performance and durability from the MICHELIN tyres has delivered impressive results up and down the pit lane at Bathurst this weekend, including a convincing victory for the Erebus Motorsport team and class victories for other partner teams.

From early on in the weekend there were clear signs that it was the Michelin runners who would have the advantage in the Liqui-Moly Bathurst 12 Hour. 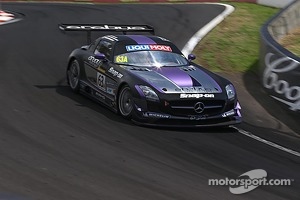 After the second practice session on Friday, one of the pre-race favourites Maranello Motorsport made the switch to MICHELIN tyres for their Ferrari 458 Italia.

This brought the total number of cars running MICHELIN tyres this weekend to 35, with 12 of the 18 Class A runners choosing to run MICHELIN tyres.

It was key Michelin partner, Erebus Motorsport and their purple and black SLS AMG GT3 driven by V8 Supercar drivers Lee Holdsworth and Tim Slade, along with Australian GT regular Peter Hackett, that started from pole after setting a time of 2:06.2730 proving their track knowledge was going to be important this weekend.

Their yellow and black car sister car piloted by the highly experienced German drivers including Bernd Schneider started in 6th with the drivers still learning the iconic track.

Second place on the grid was the Ferrari 458 Italia of Maranello Motorsport, with the Clearwater Racing Ferrari 458 Italia third, and the JBS Swift Lamborghini GT3 in fourth, making it a MICHELIN lock out in the top two rows of the grid.

As with endurance racing around the world consistency, durability and performance were going to be key to success in this demanding race – it was here the performance of the MICHELIN tyres came to the fore.

It was clear from early on in the weekend that many teams would be able to run the same set of MICHELIN tyres for two stints, saving the teams valuable time during pit stops without having to sacrifice speed or performance on the track.

The outstanding durability and performance of the tyres was clear for all to see during the race with the #63 Erebus Motorsport SLS AMG GT3 running the same set of MICHELIN tyres for 84 laps – or over 500km and the equivalent to half the distance run in the V8 Supercar race, the Bathurst 1000.

Not only were the team able to run for more than a quarter of the race without having to stop to change their tyres, it was during a period where the track temperature peaked at over 60 degrees – this is amongst the highest track temperatures ever seen by the Michelin technicians.

“From early on in the race we were seeing less tyre degradation than we expected during our double stints; for this reason we made the decision to leave the car out on track for even longer.

In addition to the victory secured by Erebus Motorsport, the other MICHELN partners also tasted success. Over all 8 of the top 10 place finishers had chosen to run use MICHELIN tyres for the race.

Joining Erebus Motorsport on the podium were Clearwater Racing team who finished second outright with MICHELIN ambassador Craig Baird on board their Ferrari 458 Italia.

In Class B it was MICHELIN runners Hunter Sports Group in the Porsche 997 GT3 Cup driven by 2012 Porsche Carrera Cup Australia runner up Jonny Reid who took the class victory.

In the invitational class – IC1 – it was MICHELIN partners Team Peugeot in their #21 RCZ that claimed the class victory.

The weekend was a very busy one for the Michelin team, who prior to the start of the race had fitted over 1,000 tyres, and it did not stop there. In the closing stages of the race the storm clouds gather and the teams frantically looked to the Michelin team to fit wet tyres for them.

The team now have just over two weeks to recover from this event and prepare for the first round of Porsche Carrera Cup Australia at the Clipsal 500 in Adelaide.