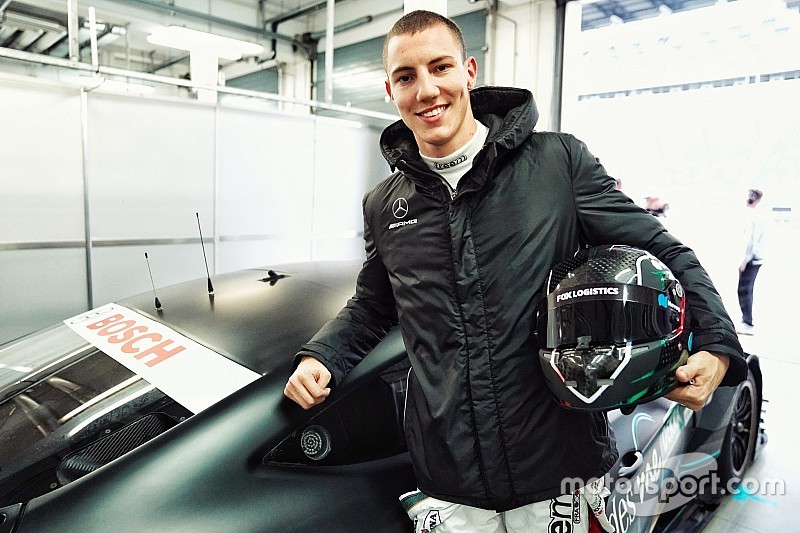 Raffaele Marciello will contest this month's Suzuka Intercontinental GT Challenge round with the GruppeM Mercedes squad.

The 2013 Formula 3 Euro Series title winner, who is racing for GruppeM in the Blancpain GT Series Asia this year, will drive the team's solo entry together with fellow factory Mercedes driver Maro Engel and Tristan Vautier in the Suzuka 10 Hours on August 26.

Marciello and Vautier currently lie second in the IGTC standings after finishing runner-up in the Bathurst 12 Hours with Scott Taylor Motorsport in February and then taking third-place points with sixth position at the Spa 24 Hours last month driving for Auto Sport Promotion.

The Gruppe M Mercedes-AMG GT3 is one of four cars from the German marque nominated to score points in the pro class and in the manufacturers' standings at Suzuka.

It is joined by two cars from Strakka Racing, Mercedes' full-season representative in the IGTS, and by the Japanese GoodSmile Racing team.

Five manufacturers are going for IGTC points at Suzuka.

Audi has entered a trio of works-supported R8 LMS GT3s and Bentley is represented by the factory M-Sport team.

Porsche's full-season IGTS entry from the Manthey has been bolstered by an additional car for Craft-Bamboo.

The in-house Garage 59 squad represents McLaren with a solo 650S.

Other GT3 manufacturers on the 35-car entry list include Honda, Nissan, BMW, Lamborghini and Callaway with its Chevrolet Corvette C7 GT3-R.