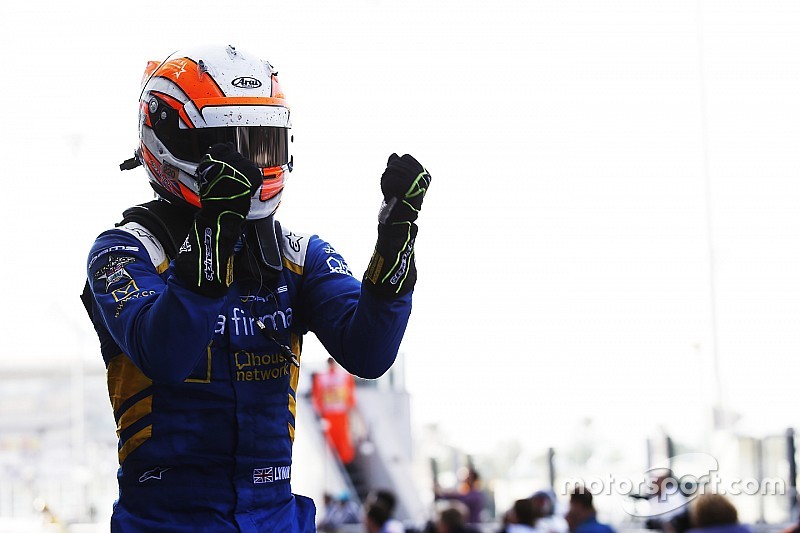 The 2016 edition of the SRO-organised 12-hour race at the Yas Marina Circuit in Abu Dhabi will take place on December 17.

For Lynn, Williams development driver and former Red Bull junior, the race will mark his debut in LMP3 competition.

The Briton, who won five races during his two years in F1's leading support series GP2, has previously told Motorsport.com he is evaluating options in both single-seaters and sportscars for the continuation of his career.

Lynn will be paired up with his father Shaun Lynn and Richard Meins in a Ligier JS P3.

"It will be my first time in an LMP3 car, which I have heard great things about - and it will be really fun to share the car with my dad and Richard Meins," he said.

"Above everything I'm just excited to have a fun weekend. But no doubt when the flag drops it will get competitive. It would be great to be on the podium."

Johansson, 12-time F1 podium finisher and 1997 Le Mans 24 Hours winner, is likewise set for his LMP3 debut - although the 60-year-old Swede does have prior experience with United Autosports, having done the Spa 24 Hours with the team in 2010 and 2011.

He will be partered by Jim McGuire, Matt Keegan and Nico Rondet in United Autosports' other Ligier JS P3.

"I’ve heard good things about the new LMP3 class and I’m really excited to get behind the wheel of a prototype car again and can’t wait to drive the new Ligier JS P3," Johansson said.

"Abu Dhabi is a fantastic circuit and the Gulf 12 hours is turning into a great event, I can’t wait to get out there and have a go."