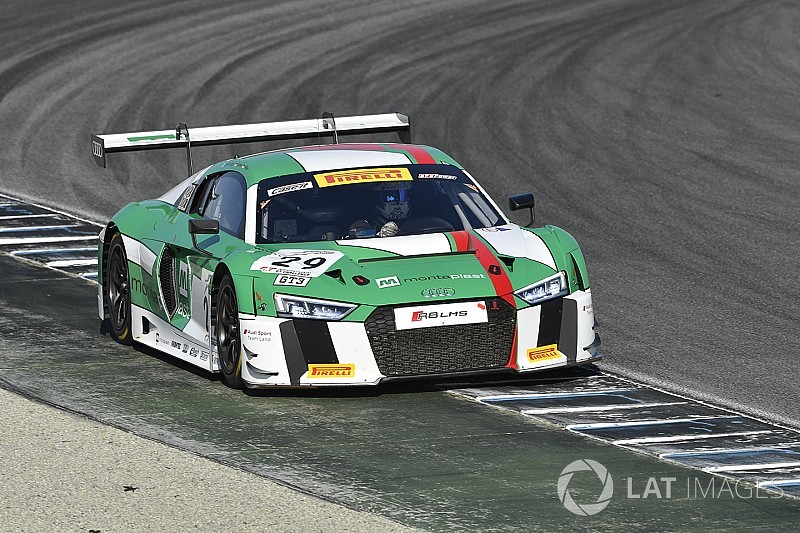 The faster of the two Acura NSXs was that of Tom Dyer/Ryan Eversley/Dane Cameron, and it was fourth ahead of the best Pro-Am entry, that of Jeroen Bleekemolen/David Calvert-Jones/Tim Pappas with the Black Swan Racing 911.

Sixth fell to the WRT Audi, ahead of the second NSX.

Qualifying starts at 10.45am PT, with the top 15 overall times advancing to Super Pole qualifying at 1.40pm PT.