Their Walkenhorst Motorsport BMW M6 GT3 came out on top in a confused climax to the IGTC season finale, which finished behind the safety car after a protracted period of running under a full course yellow in wet conditions.

The points for victory were enough to vault Farfus and Castburg to the head of the championship. They sealed the title by five points from Patrick Pilet, Matt Campbell and Mathieu Jaminet, who were third in their GPX Racing Porsche 911 GT3 R.

Catsburg moved into the lead in the final hour under FCY conditions when WRT Audi driver Frederic Vervisch was told to cede position to the BMW.

Vervisch, who shared the factory Audi R8 LMS with Mirko Bortolotti and Charles Weerts, had driven through the pits to reset the stint length clock to enable him to go to the end of the race on the assumption that it wouldn't go green. Vervisch overtook Catsburg exiting the pits and was told by race control to give up the lead.

Catsburg said: "We weren't expecting that before the last two hours of the race.  We really didn't have the pace and needed something crazy to happen. Congratulations to the team: they made all the right calls." 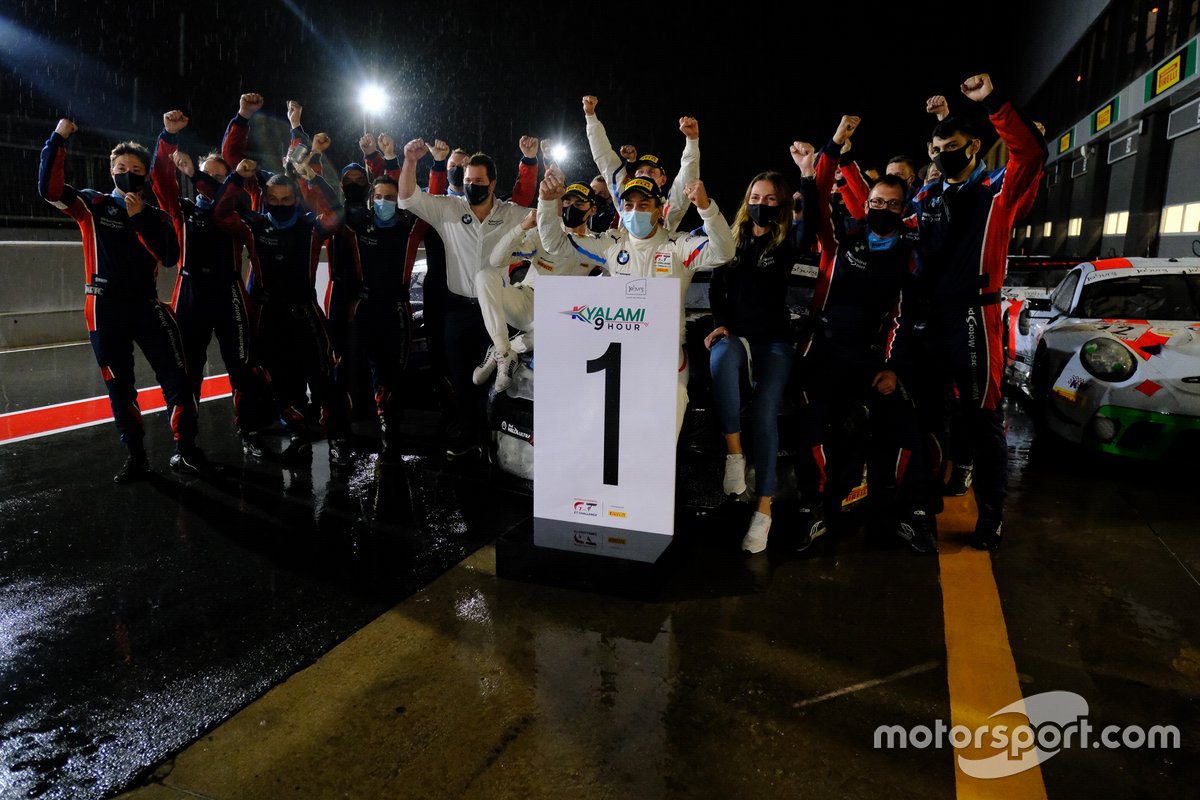 Catsburg moved into second when the race-leading factory Honda NSX GT3 made its final pitstop after the virtual safety car was deployed following a short period of green-flag running.

The JAS-run Honda squad replaced Bertrand Baguette with Mario Farnbacher during the stop, whereas Catsburg did a reset pitstop with 65 minutes left on the clock having taken over the car from van der Linde when the rain arrived with an hour and a half to go.

That dropped the Honda Baguette and Farnbacher shared with Renger van der Zande to fifth place, where it was delayed by Mattia Drudi in the factory-backed Car Collection Audi.

The Honda had looked to be in control of the race after leading from pole position, leading all but a handful of laps admittedly always by a slender margin.

The Audi Drudi shared with Patric Niederhauser and Christopher Haase took fifth position as the last car on the lead lap. The car lost a shot at victory with just over an hour to go when Drudi spun in the rain during the short green flag period.

The top six was completed by the second of the Walkenhorst BMWs, which was driven by Martin Tomczyk, Nick Yelloly and David Pittard.

Dinamic drivers Vanthoor and Bamber, who led the IGTC points going into Kyalami, lost their chance of the title when their 911 GT3 R needed a new splitter in the sixth hour. 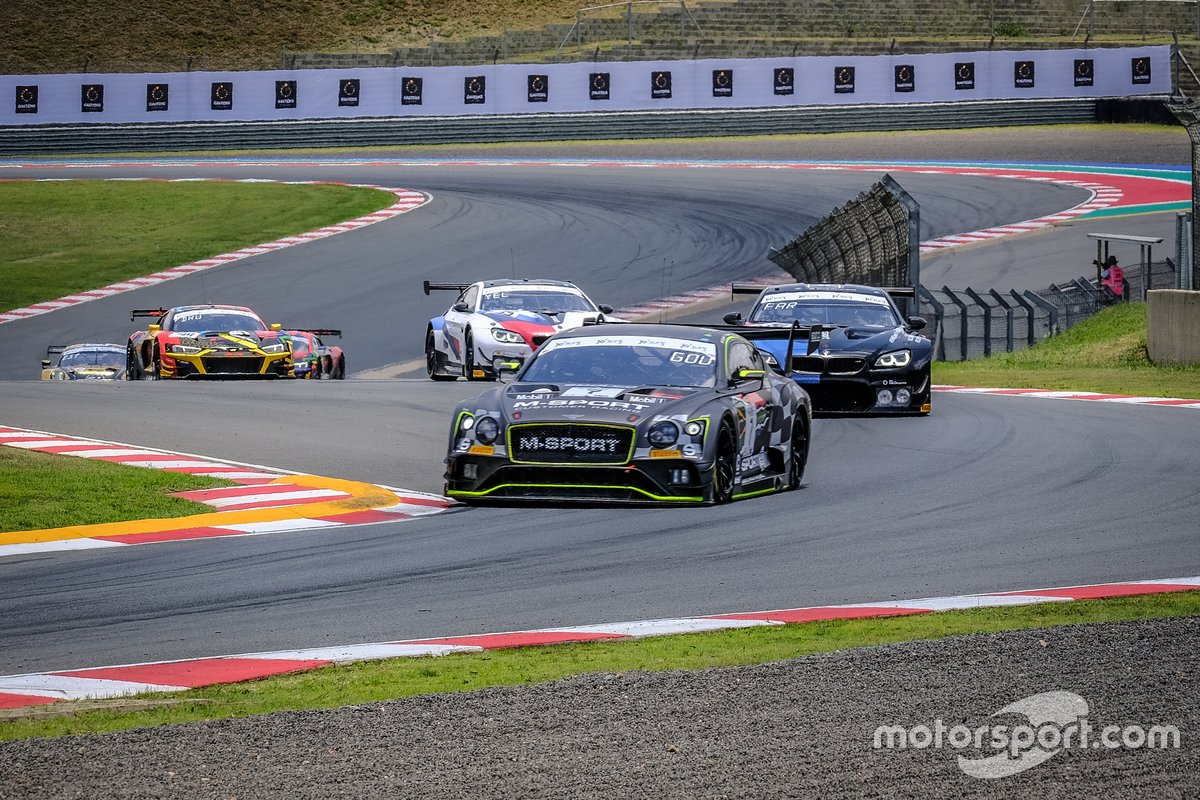 Jules Gounon, Maxime Soulet and Jordan Pepper looked on course for the title in their K-PAX Bentley Continental GT3 in the early stages of the race. The car ran second to the Honda until engine failure put it out early in the third hour.