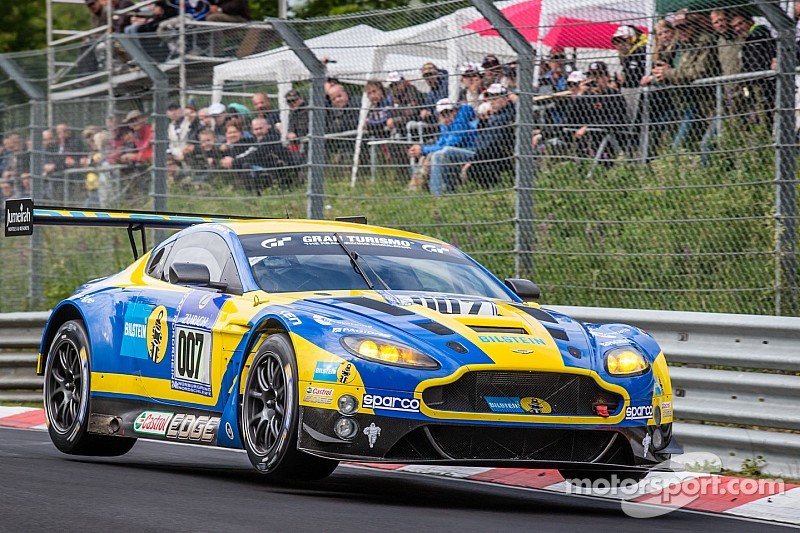 KPM Racing, run by ex-F1 technician Kevin Poole, will make the step up into the championship's GT3 class following a successful first season in 2014 when the team dominated the D1 class, taking a podium at each of the five rounds entered.

The team will continue to run the Milltek Sport VW Golf from 2014 and will announce its Dubai line-up in the coming weeks.

"The 24H Series is a fantastic championship and we had a lot of success in 2014 with the Milltek Sport VW Golf," commented team-owner Poole. "The Golf is still very much a priority for us and we hope to run it all season - we are currently signing up our drivers."

As well as looking to repeat its podium victory in the 2014 24 Hours of Dubai in the D1 class, the team will also be fighting for the overall race win now that the team has signed a deal with Strata 21 team-owner and racing driver Paul White to run the Vantage GT3 that contested the British GT Championship with professional GT racer Tom Onslow-Cole (GB).

'Where my heart lies'

"Endurance racing is where my heart lies," commented White. "So, the plan is to do more longer races in 2015. The Vantage GT3 is an amazing piece of kit and I'm looking forward to welcoming Stefan and Jonny into our team.”

Mücke who has just finished his third season in the FIA World Endurance Championship with Aston Martin Racing is no stranger to Dubai 24 Hours having contested the race three times.

"Dubai 24 Hours is always a great way to kick start the season," commented Mücke. "But, it's not an easy race. There are 96 cars with huge speed differences and it means that traffic management is difficult. We will hope for a clean race and aim for the GT3 Pro Am podium."

Adam, who first contested the race in 2013, is one of the most experienced Vantage GT3 drivers in the world and took the car’s first ever race win back in 2012.