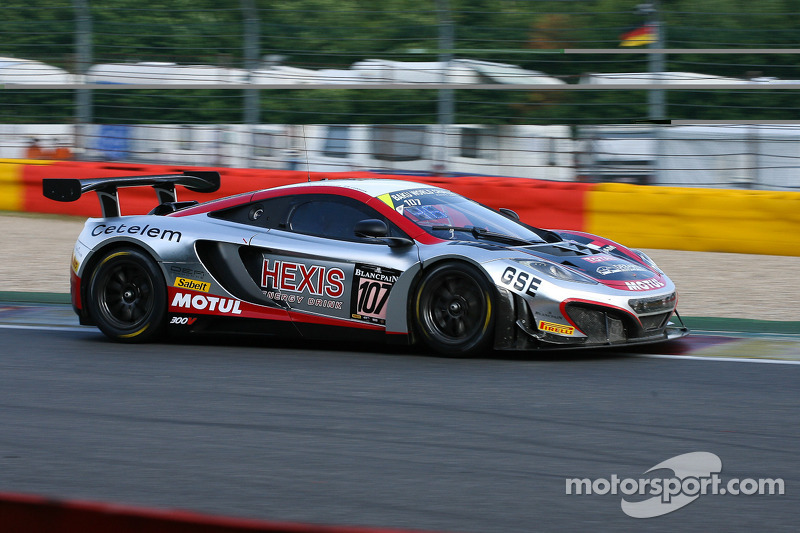 Crunch time at the ‘Ring!

Hexis Racing is looking forward to racing in the Blancpain Endurance Series at the Nürburgring this coming weekend. The car entered by the French team for Alvaro Parente, Alexander Sims and Stef Dusseldorp is one of the front-runners in this top-class championship. The no. 7 was the highest-placed McLaren at Silverstone and Paul Ricard where it finished second, and was the quickest MP4-12C in the Spa 24 Hours even though it failed to see the chequered flag.

The Nürburgring Grand Prix circuit has bitter-sweet memories for the Hexis team members. Last year Frédéric Makowiecki and Stef Dusseldorp clinched pole in the second-last round of the FIA GT1 World Championship. In the race, however, technical problems stymied the victory chances of the Franco-Dutch pairing who scored one point - they needed just one more to clinch the world championship title! 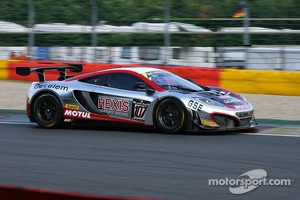 There will be points aplenty up for grabs in Germany. Because the race distance is 1000 km, a reminder of the great endurance events, extra points will be awarded for the fifth and last round of the Blancpain Endurance Series. This gives several drivers, including the three aces in the no. 7 McLaren, a chance to win the title in the Pro Cup. The leaders have 50 points, Dusseldorp, Sims and Parente have 24 and on Sunday the winners will score 33. May the best men win!

“It’s a circuit that should suit us,” says team manager, Philippe Dumas. “It’s the second big race in the series. We’re going there in a win or bust frame of mind, to pull off a coup and finish the championship on a high note, which could salvage our season.”

The race will take place over 1000 km or 6 hours maximum. On Saturday 21st September each driver will race against the stopwatch for 15 minutes during the three qualifying sessions between 16h50 and 17h50.