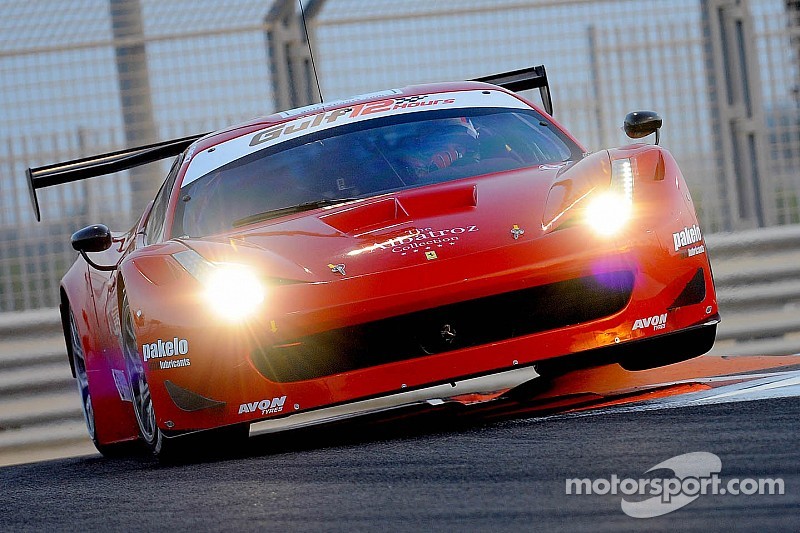 The Abu Dhabi endurance race has reached the halfway point.

After a spirited battle with McLaren, AF Corse has emerged as the leader six hours into the Gulf 12 Hours in Abu Dhabi. It's Michele Rugolo, Steve Wyatt and Davide Rigon in the No. 3 Ferrari 458 on point, leading the No. 1 Mercedes by 13.8 seconds and No. 59 McLaren by 49.2.

The McLaren dominaed most of the event, but was jumped with Ferrari and Mercedes making one less pit stop than their rivals. Jeroen Bleekemolen in the Merc was able to take over the lead at the initial start before giving it up.

MotoGP star Jorge Lorenzo currently runs 19th after gearbox issues dropped the team down the board.

Only four cars remain on the lead lap at this point. Including the leading three, there is also the No. 2 Black Falcon Mercedes, which leads the Pro-Am class. The No. 33 MRS GT-Racing Porsche sits tenth overall and is currently marked as the Cup class leader. 157 laps were completed in the first six hours.