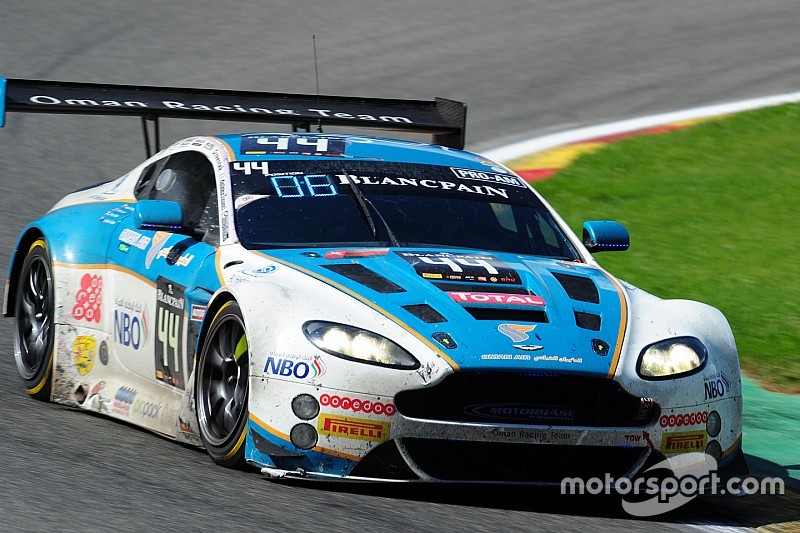 The 5th edition of the Gulf 12 Hours will mark the Muscat racer’s first competitive outing in the Middle East region under the Oman Racing Team banner. Teaming with vastly experienced Aston Martin ‘works’ drivers Darren Turner and Jonny Adam, the exciting trio will share driving duties at the wheel of an Aston Martin V12 Vantage GT3.

This year’s Gulf 12 Hours will also be the first to feature the iconic Aston Martin brand and the whole team – which is backed by Oman Air, Oman Ministry of Sports Affairs, Ooredoo, National Bank of Oman and Al Hashar Group – is relishing the prospect of competing at the popular Formula One venue.

“I am absolutely delighted to race in the Middle East for the first time under the Oman Racing Team banner, it’s an exciting opportunity and we’re all really looking forward to it”, said 34-year-old Ahmad, “It will also be the first time our complete European setup is in action in the region, and also a first for Aston Martin in the Gulf 12 Hours so it’s a huge event for us all.

“Obviously, I have two incredible team-mates in Darren and Jonny – they are both incredibly talented, quick drivers with a lot of experience. The competition is going to be tough, there are some big names and teams on the grid this year, but we are all feeling very confident about our chances.”

While this year’s Gulf 12 Hour contest will be Ahmad’s first experience of the endurance event, he is familiar with the Yas Marina Circuit, having taken race victory in the Porsche GT3 Cup Challenge Middle East support race to the Abu Dhabi Formula One Grand Prix in November 2011.

“Yas Marina is a fantastic circuit and facility and I am very much looking forward to being back there, especially for the first time with Aston Martin”, added the Aston Martin Middle East and North Africa Ambassador, “It’s good to already have experience of the track, but this is going to be a much bigger challenge than the one I experienced at Abu Dhabi a few years ago in the Porsche.

“It’s always great for me to race in the Middle East, to have lots of support so close to home and an opportunity for supporters and sponsors to travel from Oman to Abu Dhabi. Even more importantly, with this being the first appearance for the whole Oman Racing Team in the region, it’s going to be a big celebration whatever happens on track!”