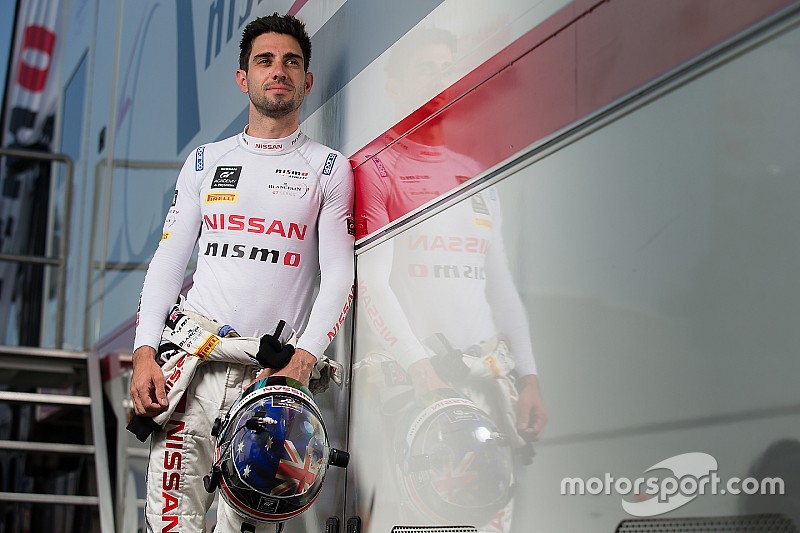 Nissan Australia has confirmed that GT Academy winner Matt Simmons will make a return to European competition in 2017.

Simmons won his way into a motorsport career via the Nissan PlayStation GT Academy programme in 2015, turning gamer into pro racer for the 2016 season.

However, Nissan won’t reveal which series he’ll race in until Monday.

Nissan Australia CEO Richard Emery says that having Simmons continue his racing journey was important for his development as a racing driver.

“There has been a lot of work done over the last couple of weeks to put together a programme for Matt. Over the weekend we’ll finalise that programme.

“Matt showed enough last year, in terms of speed and maturity. Another year in Europe where he gets lots of time in the car on a variety of circuits is absolutely the right thing for his development.

“I think that’s important. It’s a nice, balanced position for him in terms of his second year in motorsport – and we sometimes forget it is effectively still his second year. We’re looking forward to how he performs this year.”

There were plans for Simmons to compete in Australian GT in one of the Nissan Australia-owned GT-Rs had he not returned to Europe, with this latest development meaning that local plans are now on ice.

“What we said at the time was that if he’s not required back in Europe, then we’d look at a programme in Australia,” added Emery.

“But now it seems that the most likely course of action is he’ll be back in action, and that’s what we’ll support.

“We have a couple of spares cars, so we’ll need to determine what we do with those cars. The decision with Matt has only been bolted together in the last few days, and really we haven’t thought much past getting Matt’s position secured.

"Then we’ll worry about what we’re going to do with the Nissan Australia cars.”