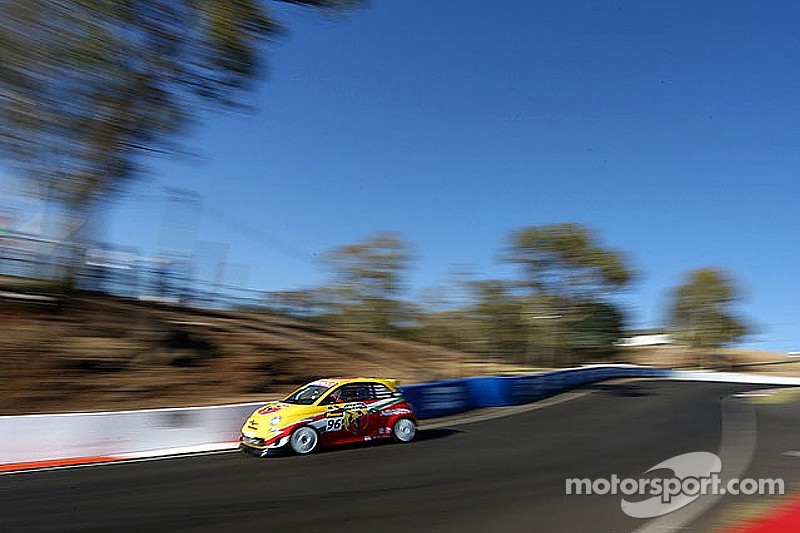 Accomplished Englishman Ben Barker will make his second consecutive Liqui-Moly Bathurst 12 Hour appearance after playing a key role in Grove Racing’s Class B victory earlier this year. The 23 year-old returns to Mount Panorama having completed a full Porsche Mobil 1 Supercup season in 2014 where he finished inside the top 10 in every race and secured a podium finish in the opening round. Barker’s undisputed highlight of 2014, however, was his victory in Porsche’s ultracompetitive Carrera Cup curtain-raiser to the 24 Hours of Le Mans in June.

Making a habit of succeeding on motorsport’s biggest stages, Ben Barker is looking forward to returning to a track which holds fond memories.

“I love this place [Bathurst] as most do. It can bite, but having had a fair few laps over the hill and turning some solid podium finishes in the past, I go with a good track record that I intend on keeping.”

“The Bathurst 12 Hour has been the talk of the paddock in all three series that I have raced in this year. Part of what makes it very special is the fact that Europeans have to travel 24 hours to get there, making it a truly unique and worthwhile event,” he explained.

A fresh face for Grove Racing, Luke Youlden brings a wealth of endurance racing experience to the team with a total of 15 starts in the Bathurst 1000. The 36 year-old has been a prime candidate for the elite V8 Supercar endurance seats over the past decade with multiple top 5 finishes to his name. The Brad Jones Racing part-timer has also demonstrated his proficiency driving the Porsche 997 GT3 Cup car, claiming a Carrera Cup round win at the Porsche Rennsport Festival in 2013.

Like Barker, Luke Youlden is accustomed to the unique demands of the Liqui-Moly Bathurst 12 Hour having claimed the Class F honours for Fiat Abarth Motorsport in this year’s race.

“To be a part of this year's Fiat assault was great. Getting the class win was fantastic and even though we didn't have anywhere near the speed of the outright GT cars, the Abarths were not slow.  I did get a big appreciation for what racing is like in the slower classes with the old eyes constantly in the mirrors, but I'm looking forward to attacking the mountain in faster machinery next year.”

“I had my first race at Bathurst in 1996, so I've done the odd mile or two around the place. Being quick around Bathurst is about commitment across the top of the mountain and trying not to wash off too much speed on the way down. I think that the race will be about avoiding other people's accidents and making good calls around pit stop times because with our car and driver line-up, I think we'll definitely have good speed.”

Fresh from a trip to Germany where he received multiple awards for the 2014 Liqui-Moly Bathurst 12 Hour, Stephen Grove is delighted to announce a strong driver combination for his team’s defence of the Class B title.

“It’ll be great to have him back,” said Stephen Grove of Ben Barker. “He has managed some fantastic results in 2014, particularly in the Porsche Supercup where he has been very impressive considering the quality of the drivers in the category.”

“I was really keen to get Luke on board because of his invaluable experience in endurance racing. He can provide some help for Ben and myself in regards to setting the car up for Bathurst and executing driver changes efficiently where a lot of time can be made up and lost.”
“I’m really looking forward to the race – it’s always a great way to start to the year.”

The Liqui-Moly Bathurst 12 Hour will receive unprecedented attention in 2015 (February 6-8) with the race set to be broadcast in its entirety across Channel 7 and 7mate.