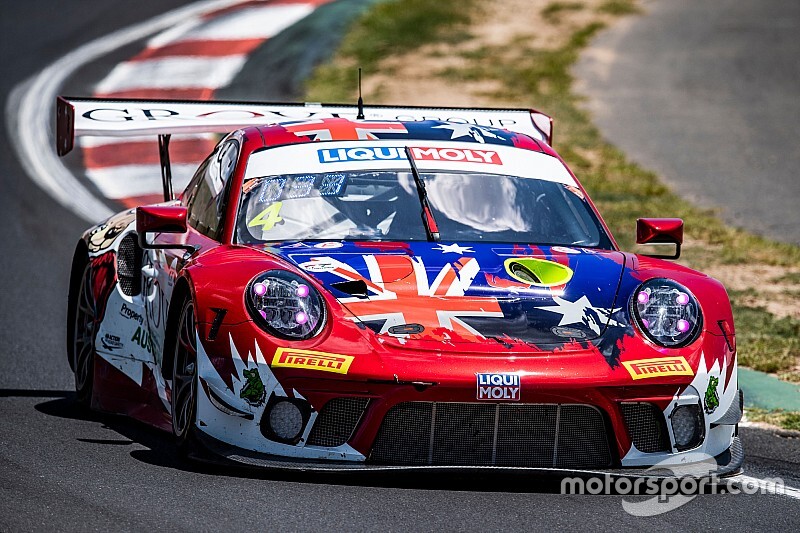 Australian Porsche squad Grove Racing could expand its 2020 programme to include the full Intercontinental GT Challenge season on the back of its class victory in the Bathurst 12 Hour.

Grove Racing stepped up to the Pro-Am category of the Australian enduro earlier this month, taking the class honours with father-son duo Brenton and Steven Grove, and Ben Barker.

The Australian outfit has previously taken four Class B victories at Mount Panorama with its Cup-spec Porsche 911, including back-to-back triumphs in 2018 and ‘19.

It is now planning to enter the Spa 24 Hours in July, before making a call on whether to contest the remaining three rounds of the IGTC season.

“The plan is to do Spa 24 later and push hard there,” Brenton Grove told Motorsport.com. “We're leading the Pro-Am class in the Intercontinental GT Challenge at the moment, Spa is the next race so we'll go there and try and do well. Who knows,

“If we have a good result there or we're still half-way home in the championship, then maybe we'll continue for the rest of the year. But at the moment it's just trying to enjoy where we're at.

Asked if a full IGTC season is feasible, Brenton said: “To be honest we're really fluid with how we work, we never really commit ourselves to anything concrete.

“There was talk that Steve might do [Porsche] Supercup again, or maybe we do Intercontinental instead. [The Bathurst] result helps.

“I think it'll be time to sit down once the emotions have settled, and see where we want to go.

“The more we can drive together the better. I've gone down the GT route and that's something he wants to do as well.”

Grove Racing’s plans to complete a full IGTC season are boosted by a change in regulations for this year, which stipulates manufacturers to nominate at least one non-Pro car per round for championship points.

Porsche GT boss Pascal Zurlinden said he is in favour of a Pro-Am squad like Grove Racing entering the full IGTC campaign.

“We have already some drivers who are questioning themselves, depending upon budget,” Zurlinden said. “Grove could be interested to do it.

“At the end for us it’s positive because we try always to have local teams and there is even more motivation to bring Pro-Am cars, which is at the end the aim of the championship.

“We started differently a few years ago where we had the one car, with Manthey Racing, doing the three championships.

“But it’s not in the philosophy of the team, so we change. For Porsche the philosophy is to run only with local teams. So for local teams being able to run Pro car and the Pro-Am car financially is really positive for them.”

Asked if there is any criteria for deciding which Pro-Am or silver entry will be nominated for manufacturer points, Zurlinden said: “As it does not depend upon the entry, because anyone can enter, it’s all about results, what you want for the championship. At the end we have to have the best result for the manufacturer in this championship.”