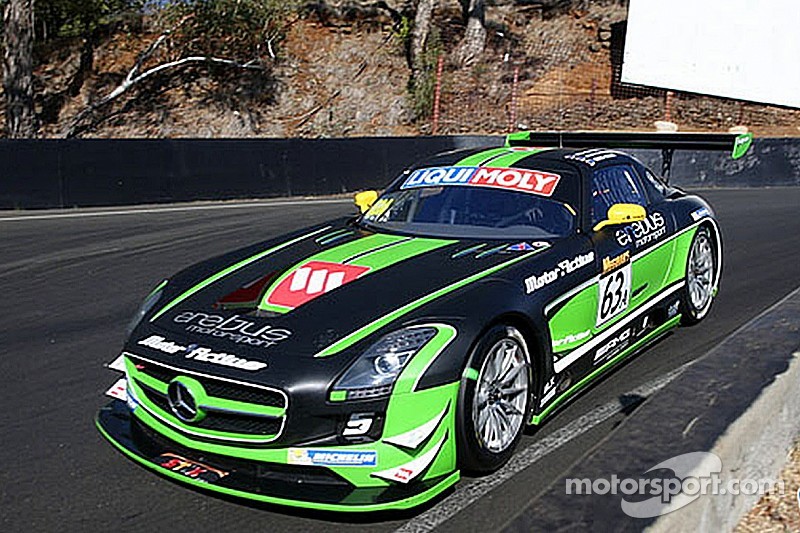 Erebus Motorsport will return to Mount Panorama with a two-car team intent.

2013 Bathurst 12-Hour champions Erebus Motorsport have become the latest high-profile signing to join the ranks of Pirelli teams making an assault on the 2015 running of the popular event, giving the Italian tyre manufacturer and Australian motorsport distributor Trofeo Motorsport the bulk of the field heading into the season opening enduro in early February [6-8].

“Off the back of two fantastic seasons of Australian GT and Porsche GT3 Cup Challenge Australia, we’ve learnt a significant amount about the performance of the Pirelli tyres and GT cars,” Trofeo Motorsport’s Jim Manolios admitted.

We’ve enjoyed tremendous success at the Bathurst 12 hour event with three podiums over the last three years and we will target nothing short of success in 2015.

“We saw during the 2014 running of the 12-Hour that the Pirelli DH tyre we use as the control tyre for Australian GT was a real standout. Not only was the durability fantastic, but wear was negligible, failures were non-existent, and the pace of the tyre was just as we’d seen in Australian GT, dynamic.

“There was no question, Shane Van Gisbergen in the McLaren was the man of the 2014 12-Hour, and just as we’d seen through the six round AGT series, he smashed the lap record on the harder compound Pirelli late in the race when the pace of his opponents was starting to fall away.

“It was that performance and the ongoing pace of the Pirelli in both Australian GT and Porsche Cup Challenge that has prompted the big shift across to our tyre this year, and what looks like being a record entry in Australian GT for the coming season.

“Ultimately almost all the teams that can use our tyre at Bathurst, will use our tyre. The only major teams we’ve been unable to negotiate with, have long standing factory arrangements with other manufacturers, so are unable to contractually use the Pirelli, something which may ultimately cost them a chance of victory.”

Erebus Motorsport will return to Mount Panorama with a two-car team intent on reclaiming the crown they only narrowly lost in 2014, Motorsport Manager Barry Ryan admitting that the performance of the Pirelli tyre on the team’s title winning Mercedes Benz SLS AMG in the 2014 Australian GT Championship was a contributing factor.

"Erebus is very comfortable with the Pirelli product through our Australian GT association and we feel very comfortable going to Bathurst knowing what to expect of the tyre’s performance and its characteristics," Ryan admitted.

"Pirelli have also extended their range from 2014 to have a medium and a soft compound available to compliment their extremely durable hard compound from this year. Lap records will certainly fall and I hope it’s an Erebus SLS that does this across the event.

"We’ve enjoyed tremendous success at the Bathurst 12 hour event with three podiums over the last three years and we will target nothing short of success in 2015."

“There’s no question that the Pirelli will be the standout tyre again at Bathurst this year,” Manolios added. “The runs are on the board, the tyre is quick across all conditions, and the leading contenders all have great experience with tuning their cars to get the best from their tyres, it will just all come down to which Pirelli teams holds the front running after the final pit-stop, that will be the key..!”