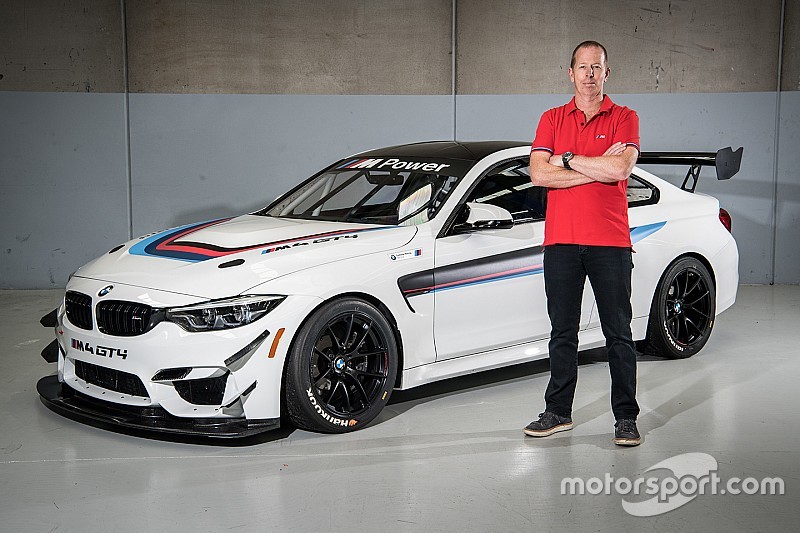 The first M4 GT4 car to have arrived in Australia has been unveiled by the factory-backed BMW Team SRM squad.

The team, run by four-time Bathurst 1000 winner Steve Richards, is set to field one of the brand new GT4-spec racers in both the Bathurst 12 Hour and the Australian GT Championship next year.

It will run alongside the team's M6 GT3.

The SRM car has already been shaken down at Winton, with both Richards and Xavier West at the wheel.

"It's great to drive," said Richards.

"Its corner speed is fantastic. There were some Supercars and some Carrera Cup cars running during the test, and through the corners the M4 GT4 was as fast, if not faster, than anything else.

"I'm really pleased with the car. I didn't expect anything less, but it's always nice to drive a new car and experience it first-hand."

West is set to race the car at the 12 Hour alongside Dean Grant, while a third 'young gun' driver will be added to the roster.

There will be at least two M4 GT4s at the race, with former Australian Touring Car legend Tony Longhurst having also bought a car. It will be Longhurst's second year in BMW machinery, having raced an M6 GT3 with Mark Skaife, Russell Ingall, and Timo Glock last year.

Longhurst is set to be partnered by Aaron Seton, son of Glenn Seton, in the M4 this time around.