DTM race winner Peter Dumbreck is standing down from the Falken Motorsports team's Nurburgring 24 Hours line-up after 14 consecutive appearances in the German enduro. 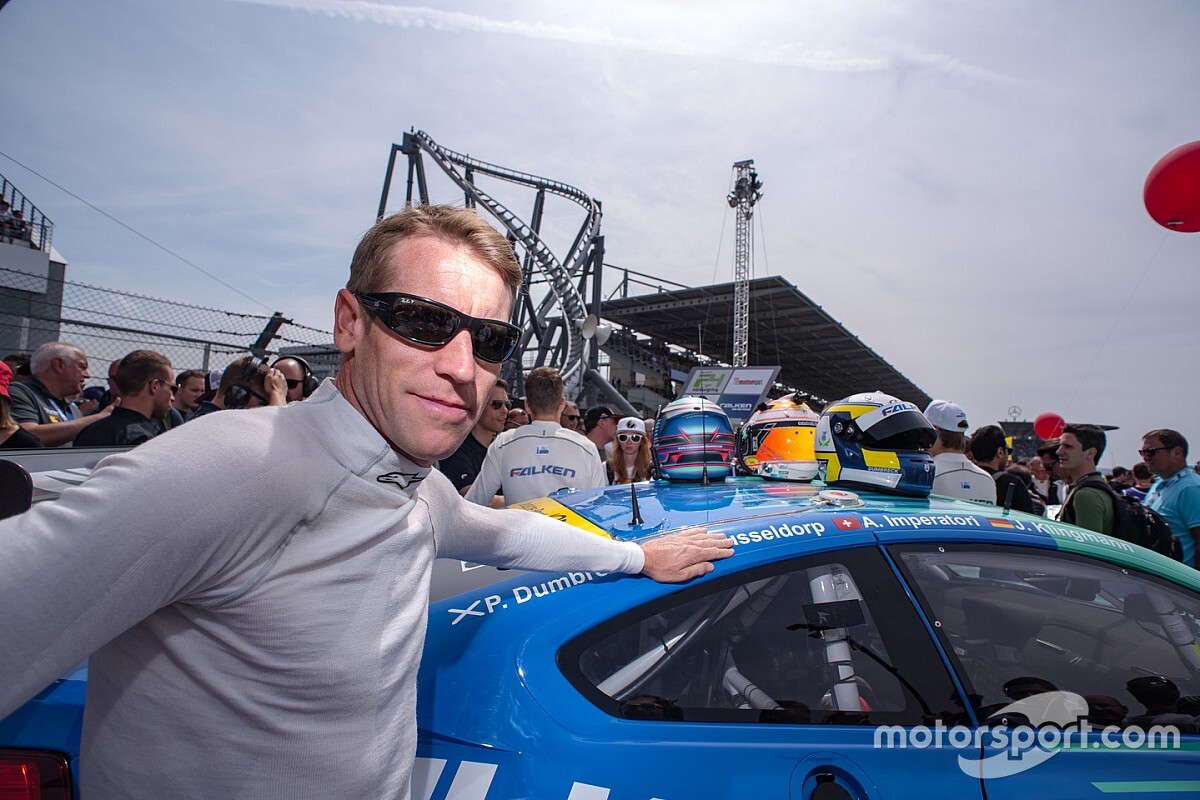 The 47-year-old Briton, who raced for Mercedes and Opel in the DTM, will continue his relationship with a team for which he has driven Nissan, Porsche and BMW machinery in an advisory and ambassadorial role.

Dumbreck first drove for Falken in a round of the VLN long-distance championship, now the NLS, on the Nurburgring-Nordschleife in 2006 prior to contesting the 24 Hours with the team for the first time in 2007.

His best result at the Nurburgring 24 Hours with the Japanese tyre brand's operation was third overall in 2015, sharing a Porsche 911 GT3-R with Wolf Henzler, Martin Ragginger and Alexandre Imperatori.

Dumbreck, who stressed that he isn't retiring from the cockpit, explained that he has made the decision to step back from driving duties in conjunction with the team for multiple reasons.

"Several things have come together for me to make this decision," he told Motorsport.com.

"Last year's race [rescheduled from May to September as a result of the COVID-19 pandemic] was a cold and rainy one: we couldn't get our tyres switched on in the conditions and it turned into a pretty dismal event for us.

"I've maybe lost my mojo for the race a little bit."

Dumbreck explained that his age has also been a factor.

"I'm at least 15 years older than the next oldest driver in our car and there are drivers in their early 20s coming into the race every year," he said.

"These guys are racing all the time, whereas I spend a lot of the time out of the car, so it's difficult to step in and be straight on it.

"I feel I'm still competitive with the young guys, maybe not on one lap but definitely over a stint where I can use my experience."

Dumbreck thanked Falken for "for all the hard work" over his tenure with the team.

"It's incredibly rare for a driver and team to enjoy such a long-term relationship as I have enjoyed with Falken," he said.

Falken motorsport manager Stefanie Olbertz explained that Dumbreck has played "a critical role" in the manufacturer's racing programme at the 'Ring.

"Without his experience, commitment and team spirit, we would never have got to where we are today," she said. "We are delighted Peter remains part of the family."

Dumbreck joined Falken via his links in Japan with Dunlop, which is also part of the Sumitomo group.

He initially drove a Nissan Fairlady Z, known as the 350Z in Europe, fielded for Falken by the Japanese MOLA squad.

Falken then switched to the Schnabl Engineering squad in 2011 when it started running a 997-shape Porsche 911 GT3-R.

Dumbreck first raced in the 24 Hours at the Nurburgring with Opel, driving DTM machinery in 2003 and 2004. His next appearance in the event came at the wheel of an Alzen Motorsport Porsche in 2005.

Dumbreck explained that he is unsure of what the future holds for him as a driver.

"I'm not ready to pull the plug entirely and stop driving altogether," he said. "We'll see what the future brings: I might end up racing again, I might not."

Falken Motorsports will again field a pair of Porsche 911 GT3-R GT3 cars at this year's Nurburgring 24 Hours and in a programme of NLS events around it.