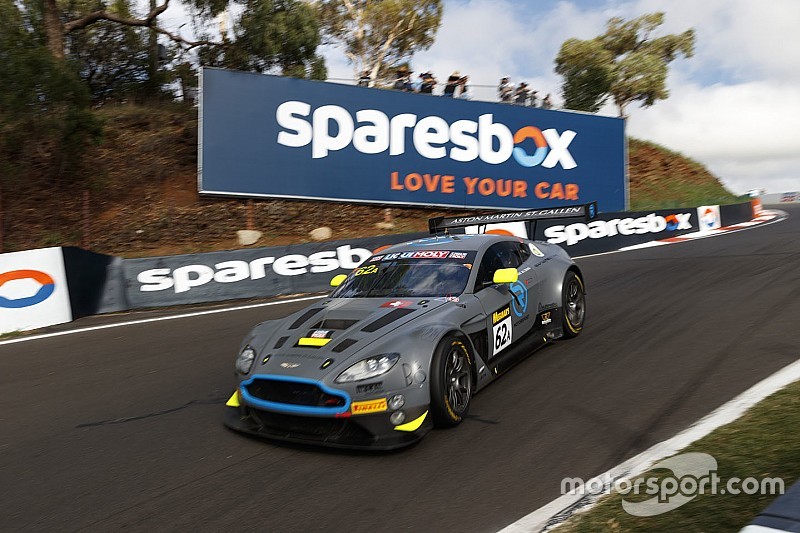 Jake Dennis has been stripped of the Allan Simonsen Trophy after a technical infringement rendered his stunning Bathurst 12 Hour Shootout lap illegal.

The R-Motorsport Aston Martin driver put in a scintillating effort in the single-lap dash for pole, a 2m02.494s putting him more than four-tenths clear of the field.

While he was never going to be able to start at the front of the field thanks to a two-place grid penalty for speeding in pitlane during regular qualifying, Dennis has now been stripped of the pole trophy as well thanks to a technical breach.

According to event organisers Supercars, the issue is centred on the mandated rev limit threshold of his Vantage's engine, officials deeming it unintentional and related to the vehicle’s manufacturer-supplied homologation documents.

The result is exclusion from the Top 10 Shootout and a spot on the outside of the fifth row for the start of tomorrow's race. 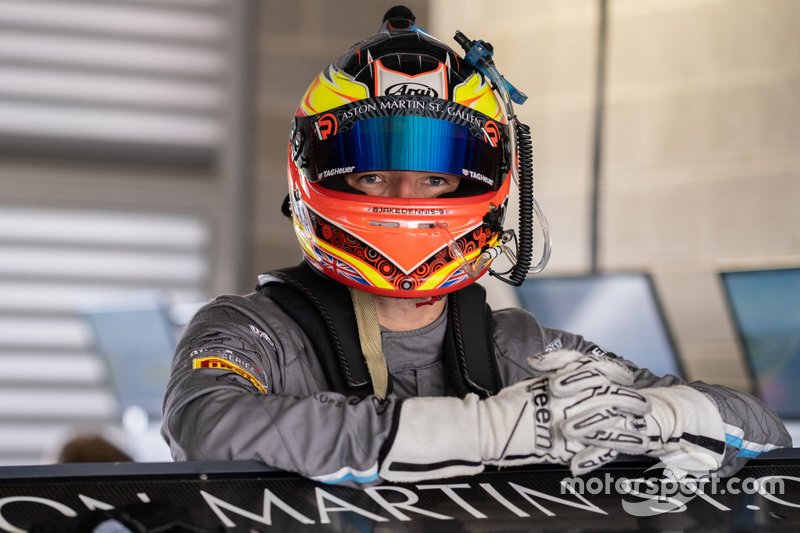 Impressed by 'lap of the gods' effort

Speaking before the penalty was handed out, an elated Dennis said he'd struggle to repeat his 'lap of the gods' effort in the Shootout.

He said it was a career highlight to gap the field like that, particularly given his lap of both Shootout and Bathurst experience.

"It was a sensational lap, I don't think I could do it again," he told Motorsport.com. "It was the lap of gods, as they say. I was completely in the zone, the car was performing so well. I had every trust in it.

"Coming into the final sector I knew the lap was good, I knew it was close, and when I crossed the line and saw the 2m02.5s, it was a good feeling. I don't think anything's ever came close to that.

"I was so nervous going into the Shootout. I've never done before, there's a lot of pressure, and first time at Bathurst... to come away with pole position is awesome."

It wasn't without risk, thought, Dennis admitting he took a clear 'hero or zero' approach to the lap.

"No one really remembers second place," he said. "I knew if I crashed I'd still be starting 10th, so I thought I'd go for it.

"The mountain section was on the absolute edge for the Aston Martin and for myself.

"It was an awesome lap from myself. I'm proud. It's not often that I give myself credit, but today I'm quite proud of myself."