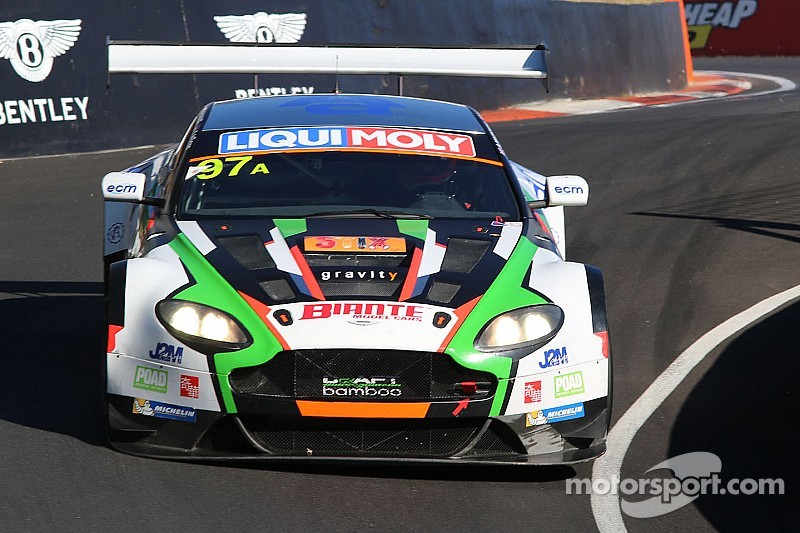 Who will win the 12 Hours of Bathurst ... The fight is far from over after nine hours.

Just a handful of seconds seperate the top runners in the 12 Hours of Bathurst. The No. 97 Craft-Bamboo Aston leads the way, followed by the dominant No. 15 Phoenix Racing Audi and the No. 10 Bentley.

The top six cars are still on the lead lap as this race looks to end with an epic fight for the win. Since our last update, the Safety Car has been needed many more times unfortunately.

The cautions were brought out by multiple incidents including the No. 63 Erebus Mercedes backing it into the wall, No. 43 Mazda RX-8 spinning/stopping, No. 52 Aston stopping after a spin, No. 77 AF Corse Ferrari stalling, and the No. 73 Ginetta exiting the race with smoke pouring from under the hood.

The most spectacular incident came when a Bentley and the No. 7 Mercedes went side-by-side down into the Chicane. Almost identical to an earlier incident with the No. 2 Audi, the Bentley made contact with the Merc, which went wide. Now spinning, the race car fired back across the track and backwards into the concrete barrier, lifting off the ground. The Bentley was penalized for the contact.

We have completed 200+ laps so far with a record number of cautions laps also taking place.