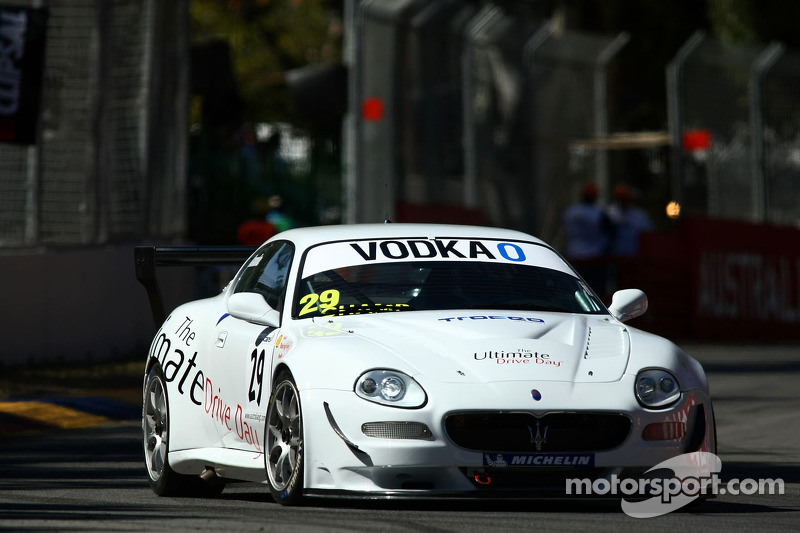 An Australian team running an American muscle car has drawn on an Italian former-F1 driver to help them claim a strong result at the 2013 Bathurst 12 hour. 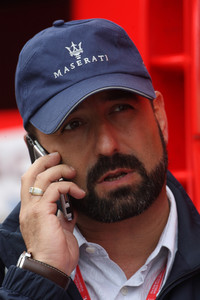 Melbourne-based Trofeo Motorsport has entered their Chevrolet Corvette FIA GT3 in Class A (GT3 Outright) and has confirmed that former Ferrari F1 driver Ivan Capelli will join regular drivers Jim Manolios and Rod Wilson in an attack on the February 8-10 event next year.

Capelli competed at 98 Grands Prix for Tyrell, Leyton House / March, Ferrari and Jordan between 1985 and 1993, with 3rd in the 1988 Belgian Grand Prix at Spa Francorchamps his best result.

He currently works for Italian broadcaster RAI as a specialist Formula 1 commentator but continues to keep his eye in behind the wheel, having recently raced in the European V8 Superstars series, amongst other categories.

Trofeo Manager Rod Wilson is confident that Capelli will add significantly to the team come February 2013. 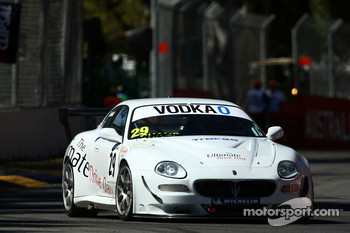 “Ivan is a friend of the team and drove our Maserati GT cars here in 2008,” Wilson explained.

“He is a great character and a fantastic guy and we are really looking forward to working with him again. We think we have a good team for this race and we are putting in a lot of effort to make it work.

“We are not just going to turn up – the car will be completely rebuilt before the race and will have a new engine and gearbox and all the key components will be fresh. It should be a good car for the 12 hour as it’s perfectly suited to that kind of racing.

“We are going there with a solid effort and should have a pretty good crack at it.”

Capelli will join regular Trofeo driver Jim Manolios as Bathurst 12 hour rookies next February, though Manolios at least has some Mountain experience having driven the teams Corvette in a Production Sports car race at the 2011 Bathurst Motor Festival. 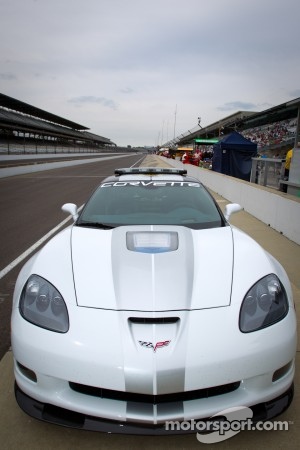 Wilson took the car to its debut victory in a separate race that same weekend and has in excess of a dozen Bathurst 1000 starts to his credit, in several different categories.

Another bonus for the Trofeo team is the return of competition between tyre brands; Wilson’s business being the local distributer for Pirelli’s motorsport rubber.

As such, the Corvette will run on the Italian tyres against cars on Michelin and Hankook rubber in the race next year and Wilson says it’s one of the main reasons the team is building for their 12 Hour debut.

“It has probably been the main reason keeping us away until now,” he explained.

“It’s a great move by the organisers to allow multiple brands for the first time and we’re sure the competition will be intense – but we look forward to that.

“We will be there as separate businesses (Trofeo Motorsport and Pirelli supplier) and the Corvette will carry some Pirelli branding. It is a great opportunity to showcase the brand in top-level competition.”

Additionally Trofeo will be the supplier of the third nominated brand – Hankook - at the 12 Hour event.

In addition to their Class A / outright plans, Wilson says Trofeo may also enter an additional car in the race; the team investigating the possibility of running a second Corvette, in a lower class.

“We have two other Corvettes that were built for Asian GT3 and don’t fit the outright GT specifications,” Wilson said.

“However they would fit in Class B, against the Porsche’s, so we are looking at that as a possibility for some local or international drivers if they are interested.

“It’s the kind of car that could pound around all day and get a strong result at the finish so could be quite an attractive possibility for some.”