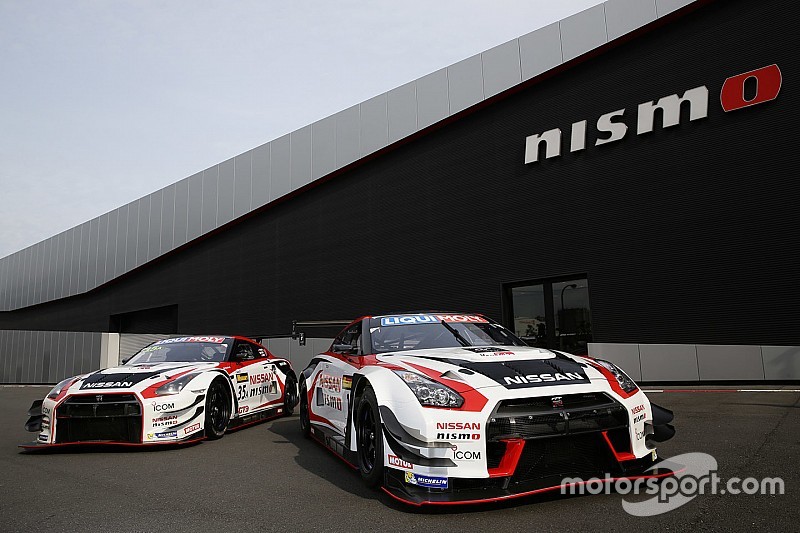 Supercars regular Caruso made his debut in the GT3-spec GT-R late last year in New Zealand, and has now been added to the Nissan’s 12 Hour roster. He will be joined in one of two GT-Rs by former 12 Hour winner Katsumasa Chiyo and Alex Buncombe, who has raced for Nissan at both the 12 Hour and the Bathurst 1000 in the past.

The second car will be see another of the 2015 race winning line-up return in Florian Strauss, who will be joined by two debutants in Mardenborough and Supercars veteran and 2005 Bathurst 1000 winner Todd Kelly.

“The car has been in at our workshop for quite a while now, and every time I walk past it, I always stop and take a second look at it. It’s a beautiful piece of racecar. I haven’t driven the car yet but I'm really looking forward to the opportunity to drive it at Bathurst.

“I'm looking forward to working with some new teammates in the NISMO Athletes. Florian has won the race before and Jann is one of the most exciting young drivers in the world.

“It will also be the first time in a long time that I will just turn up with my helmet and be a race driver. That will be interesting in itself!”

Mardenborough, meanwhile, said that he can’t wait to hit the famous Mount Panorama circuit in real life having until now only tackled it as a gamer.

“Firstly, I’m honoured to be chosen by NISMO and Nissan Australia to represent them in the Bathurst 12 Hour,” said Mardenborough.

“It’s a race I’ve watch on television and played on PlayStation. I’m really excited to take part. Just playing the game, Sector 2 looks mega, so I can’t imagine what it will be like on the first lap and on qualifying tyres.”

Having won the race back in 2015, and finished second at Mount Panorama last February, Caruso says there is no doubt the expanded team is heading to Bathurst keen to win the race.

“Alex and Chiyo are both very accomplished drivers with a lot of experience in the GT-R NISMO GT3s at this track,” said the Supercars race winner.

“With our experienced team, I think we have a good mix of knowledge and speed.

“Of course we are going there to win the race. The team has won there before and they know what to do, but the race has never been so competitive so we’ll need to be at our best.

“It’s a race that I’ve followed for the past few years, and to go there with the Nissan factory team, I’m extremely motivated to get a top result and I can’t wait to get there.”