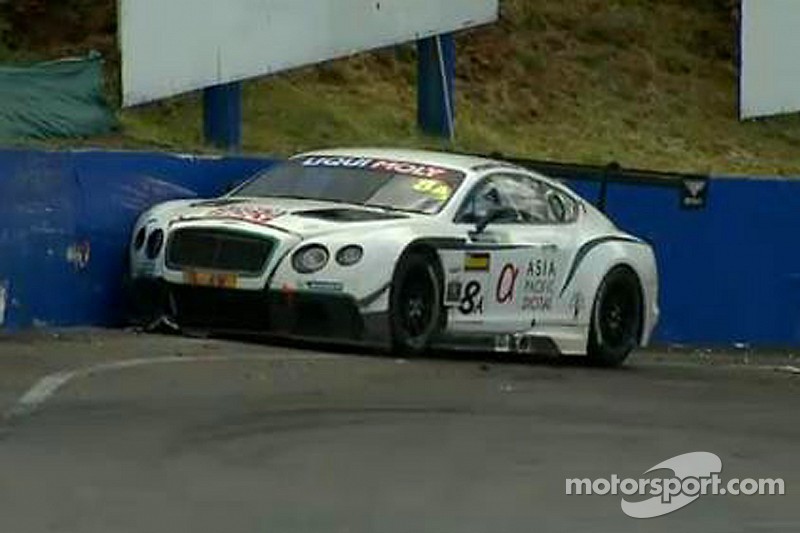 At the end of the Bathurst 12 Hours, the No. 97 Craft-Bamboo Aston attempted a risky pass on the factory Bentley of David Brabham. Side-to-side contact was made and Brabham was sent into the concrete wall at the Cutting.

Stefan Mucke later apologized for causing the incident. Brabham was transferred to Orange hospital for further observation and precautionary x-rays.

He is said to be sore but otherwise unharmed, talking to medical workers following the accident. Via his wife, David has been discharged and has been given some painkilling drugs to help him sleep.