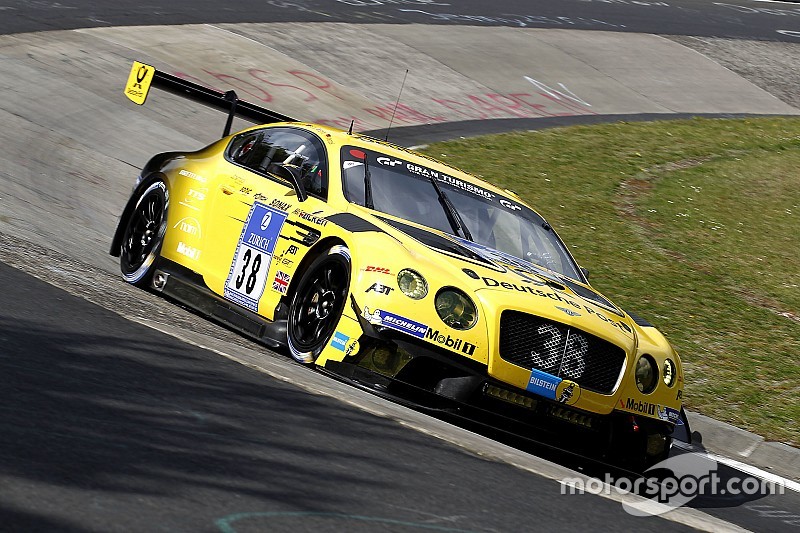 Bentley will field a third car in the Nurburgring 24 Hours later this month for a trio of factory drivers.

Former Le Mans 24 Hours winner Guy Smith, Steven Kane and Maxime Soulet, who are part of Bentley's Blancpain GT Series roster, will drive the additional Continental GT3 entered for the German enduro on the Nurburgring-Nordschleife on May 27/28.

The car will be fielded under the Bentley Team Abt banner like the manufacturer's initial pair of entries and run in conjunction with M-Sport, the British manufacturer's motorsport partner.

Bentley motorsport boss Brian Gush told Motorsport.com: "The Nurburgring 24 Hours appears to be a numbers game if you look at the amount of cars that Mercedes and BMW put out, so we wanted to give ourselves a better chance.

"Having more cars does make a difference and three cars works for us with our resources.

"Abt will be running the car, but we're filling in the gaps where necessary with personnel from M-Sport."

A top-three result is Bentley's aim for the 24 Hours, according to Gush.

"We finished eighth in our first year in 2015 and went one better last year, but this year we want to go quite a few better and finish on the podium," he said.

Gush also revealed that Bentley is hoping to contest the remainder of the VLN long-distance championship at the 'Ring with Abt, which has already contested the first two rounds and last month's six-hour qualifying race for the 24 Hours.

"The Nordschleife is such a unique event where experience is everything, so the aim is to keep going after the 24 Hours," he explained.