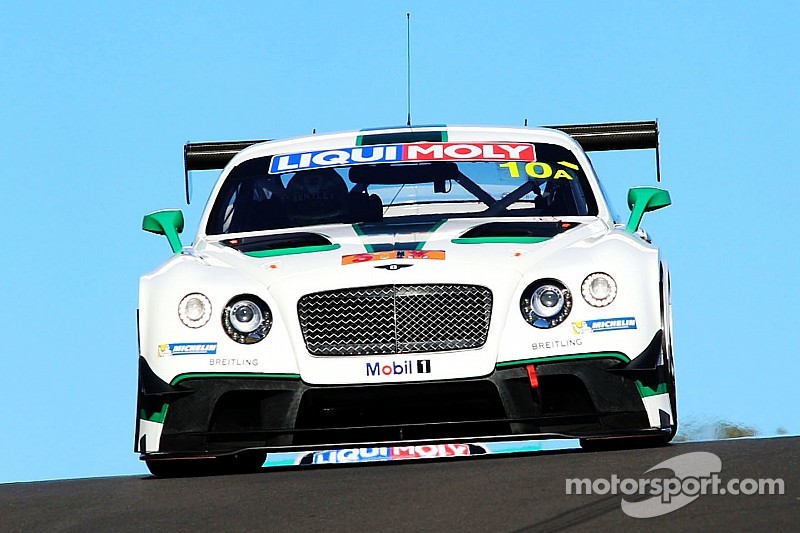 Strong start for both Continental GT3s

The #10 car of Guy Smith, Steven Kane and Matt Bell started from P10 with Guy at the wheel. Steady progress was made through the field despite several safety cars. Guy pitted from P4 on lap 66 to hand the car to fellow British racer Matt Bell, who is currently running well in P7 behind out-of-sequence cars.

Guy comments: "I'm really pleased with my first stint. The car feels very good even though some of our rivals have a little more power. There's a long way to go, but if we can maintain this pace then we'll have a great race."

The #11 car had an exceptional start with Maxi Buhk at the wheel, quickly climbing from P21 on the grid to be running P10 when Maxi handed the car to Harold Primat on lap 29. A mistimed safety car restart cost Harold two drive-through penalties, and this delay combined with a small spin has dropped the car back to P20.

Maxi comments: "In the first couple of laps I found some space and managed to move up quite a few places, and then I was racing together with Guy which was great. The mechanics did a fantastic job repairing the car for the race and it's working well. Hopefully Harold can keep battling back after the penalties."