Bathurst 12 Hour - Quotes from the winners 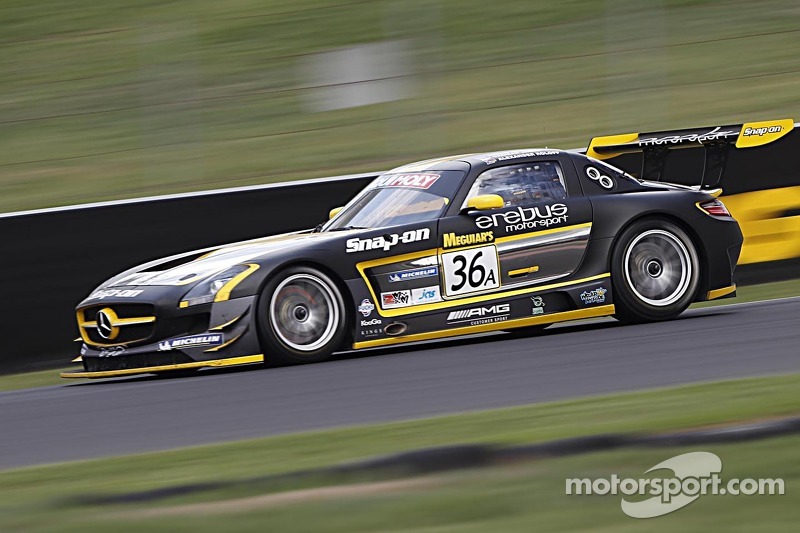 Bernd Schneider: "Once we had heavy rain I was not driving, it was more like surfing down the hill and I was really happy that I could get back in the pits." 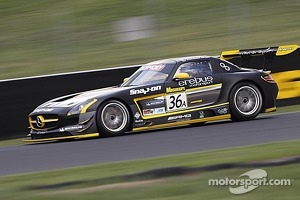 Alex Roloff (Erebus Motorsport Mercedes AMG): “I had no radio (for the last stint) It was pretty amazing.

“I had no pressure because I had my rain tyres on so I finished the race, there was no pressure.

“It's an amazing place, the landscape is very beautiful, the Australian people are very friendly so I like it a lot. I want to come back.”

Thomas Jaeger (Erebus Motorsport Mercedes AMG): “When we arrived here, we had a look at the track, we thought it would be really difficult.

Our team mates are very experienced here so we really had to improve during practice, but finally we got better and better. During the race we found pace, but feel badly for the other car, they deserved it as well.

“For us its great, it has been a great weekend. It is a very exciting track, it is great to be here, once again, the SLS GT3 AMG proved to be very reliable. We didn't have one technical issue at all.”

Bernd Schneider (Erebus Motorsport Mercedes AMG): “It is really good; I hope it continues that way. Dubai was already something really special because we had the big crash on Wednesday.

The team was preparing the car for two or three nights to get it ready. We won that race, we couldn't expect that, and then we come here.

“I have been racing for 40 years; it has been a long time since I have had to learn a new circuit. Its such a difficult place. On Friday when we had our first runs out there, we could not learn the circuit because of the traffic.

You couldn't learn the braking points if you always have cars in front of you. We were struggling with that, but we were lucky we had Tim and Lee to see where we lost our time. We finally found a really good set up for the race, which was the main thing.

“When I jumped in the car for my first stint today I was really happy because the balance was very good and very consistent, I could push hard in the last 3 or 4 laps I did my quickest lap times.

This is the key I guess. Once we had heavy rain I was not driving, it was more like surfing down the hill and I was really happy that I could get back in the pits.

“After we crossed the finish line, the team were very happy. During the race, it was a little bit of pressure, especially the last hour. We had a comfortable lead of two laps but if you "f@#k" that up then they are really pissed.

You have to be 100% sure of the track, it would be a shame to lose such a comfortable lead. I guess there was a little pressure on Alex, especially on the last lap.

He was good in the wet and quick in the dry. We have achieved something really special, especially since its the first time and such a difficult race.”

Mok Weng Sun (Clearwater Racing Ferrari): “That's a way to start the year, this thing. Chinese new year. Fantastic calendar for a gift. I think the fans loved it so it was great”. 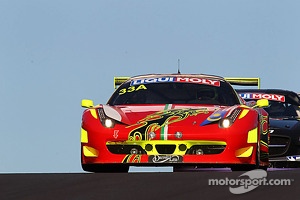 “Yeah I was just talking to James out there and he has a way of luring us in. We have no choice but to come back next year, we will definitely do that and I think that the Audi boys should also come and give it a go at Sepang.

“We had a great strategy today, I was the Safety car driver. When the safety car came out I thought right I’m going in. We did what an hour or so under the safety car, so we were trying to lose as little time as possible.

“It wasn't an easy race but I kept the pace up and am happy with the result.”

Matt Griffin (Clearwater Racing Ferrari): “My eyeballs were going through my mind backwards (with the broken splinter) The vibrations were so bad. There was a bit of understeer but I could drive it. We had a really, really fast car all day.

The Clearwater Racing boys did a really good job. To say it was a tough race is an understatement, we had various issues in each stint, all three drivers just dug. Particularly there at the end.

We did a real good job in difficult conditions. It was a real gratifying moment this one because we just worked real hard for it.”

Craig Baird (Clearwater Racing Ferrari): “Bathurst is just one of those places. It was wet at the top and dry at the bottom. I had my indicator on at the restart, I didn't want to go pioneering, I was hoping that Bernd Schneider would go past me.

He was quite hesitant, then old big balls came out of retirement (Gizzy) and went an extra 5kms into the cutting.

“The team didn't tell me one of the Erebus cars had dropped out and it was for a good podium so I thought if I shunt at least I tried.” 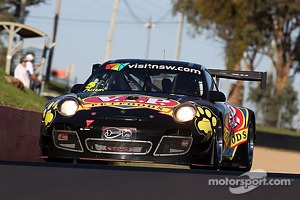 Klark Quinn (VIP Petfoods Porsche): “Every day is like this here, isn't it? It was a great result for the team and a great addition with matt Kingsley coming into the team. Shane was a fantastic driver, I was there just to punch some laps out and we did that. We finished off not to bad.”

Shane Van Gisgergen (VIP Petfoods Porsche): “It was an interesting experience, I got out about lap 80 and handed it over to some dude who was about to jump in the car. I thought good luck dude, I'm done. It was unfortunate for Tony with his accident, he was doing really well.

“Pretty interesting day, I have never done anything like this. In the end, I was probably a bit more cautious, except in the wet, especially fighting for position with Bairdo.

We got a lap back, and went from 20kmph to 25kmph. I couldn't believe how slippery it was. This event, you pass one car, and he is alright, but a few minutes later it changes.

“I have never had traction control; I just turned that up and gunned it, then backed off.

“The car was quite competitive and reliable. It looked like it was going to have a motor issue but it cleared itself and we were ok. It was awesome to stand up there, I can't really believe it.”

Matt Kingsley (VIP Petfoods Porsche): “At first I was racing in the GT's, then helping Lago with his Lambo, I was actually in the middle of a pit stop then luckily enough got a call up for this drive.

I wish it was under different circumstances. I made sure I got the car home safe, my first stint was two hours and 43 minutes. They gave me a good go at it.”