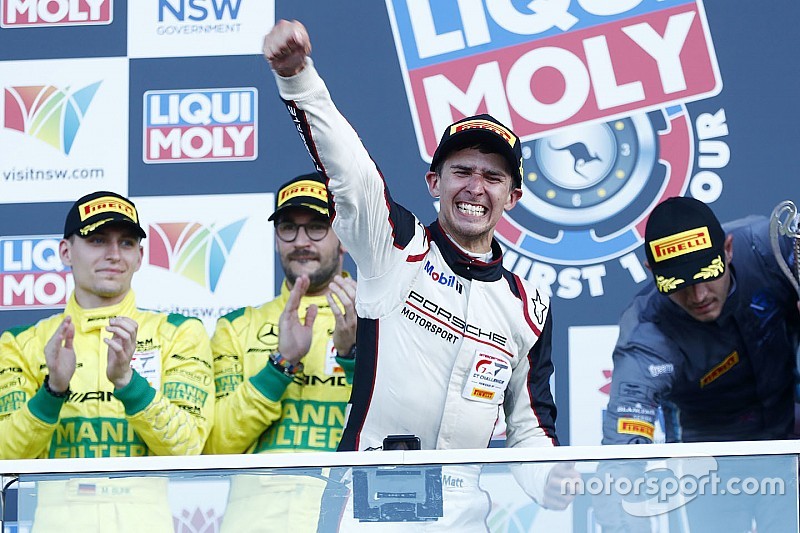 Earl Bamber says fellow Porsche factory ace Matt Campbell is a 'big star for the future' based on his race-winning stint at the end of the Bathurst 12 Hour.

Campbell played a pivotal role in the #912 Earl Bamber Motorsport Porsche winning the round-the-clock enduro, a pair of ruthless passes either side of the final Safety Car deciding the race in his favour.

The first was on BMW driver Chaz Mostert at The Chase, Campbell forcing the Schnitzer M6 wide to grab third place.

A textbook move on Raffaele Marciello to take second was then followed by a second door-bashing pass, this time on Jake Dennis in the Aston Martin at Forrest's Elbow to take the lead of the race.

According to Bamber, who himself was making his GT3 debut as a team owner, the stint was a line-in-the-sand moment for Campbell.

"We don't come here to come second, right? We gave him a call on the radio and said 'just go flat out at it', and he absolutely went flat out," he told Motorsport.com.

"He was pushing every lap. And it was hot in the car; you could see he was exhausted on the podium.

"What a talent to do that. He sort of rose the team all weekend. He led it for is.

Bamber added that Campbell's teammates Dirk Werner and Dennis Olsen played their parts as well, with the only damage on the #912 entry from the Aussie's wall-scraping move for the win.

"Dirk, Dennis, and Matt, they all threw 110 per cent at it all weekend," said Bamber.

"In the race we put them under tough conditions, and they got the job done. They didn't do a mistake, there's not a scratch on the car  – except for the wall grind at the Elbow.

"Apart from that she's all clean."

It wasn't just the team boss left impressed with Campbell's charge to the finish, Werner also heaping praise on the young gun.

"[The final stint] was nerve-wracking, to be honest," said the experienced German.

"We knew we had a chance to win. We had a quick car at the end, with Matty we had a driver who knows this track very well.

"He's young, but he races like a real professional.

"We were all a bit excited in the pits there. To see all these moves he put on in the end was amazing. We were all fans of Matty in that moment and cheering. It was really loud in our pits. It was just a great race.

"This is a win I've been waiting for a long time," Werner added.

"What is really nice to see is that on all ends everyone did nearly a perfect job. This is how you want to win a race. You don't want to profit from mistakes your competitors make.

"You want a win where you know you deserve it, and I think this is well-deserved for everyone who was involved."

Watch highlights from the 2019 edition of Bathurst 12 Hour here. 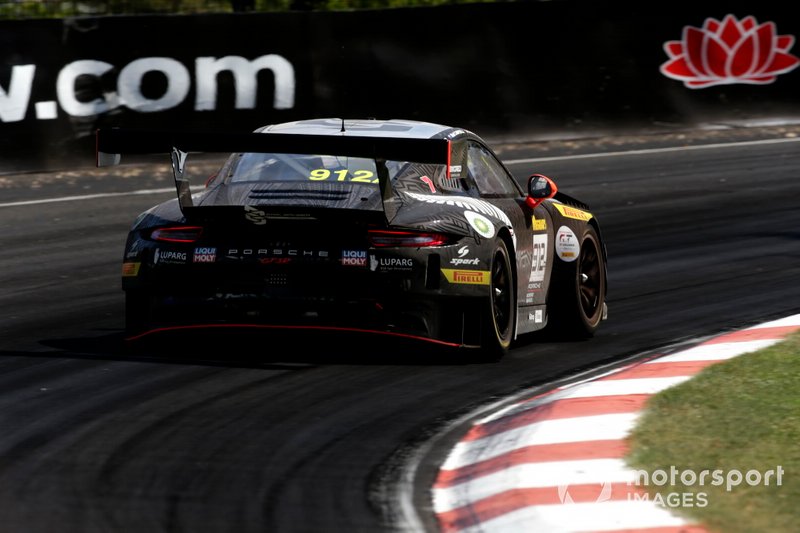