Audi experiences disappointment in the Eifel 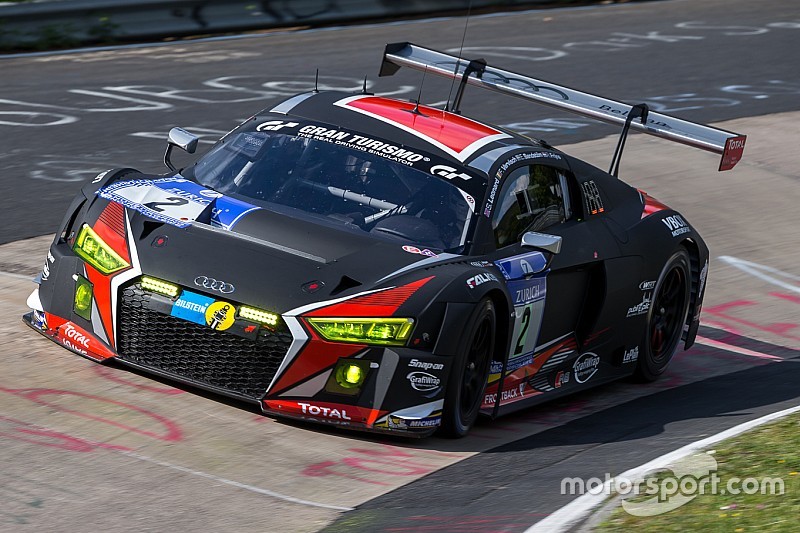 Tough racing conditions due to weather and accidents

Following three class and three overall victories since 2009, Audi had been planning for another good showing in the Nürburgring 24 Hours this year. However, with two races cars supported by Audi Sport customer racing in the top ten, the 44th running of the event proved disappointing. As the best Audi teams, Belgian Audi Club Team WRT achieved eighth place and Twin Busch Motorsport position ten.

“The large crowd of fans has gotten used to Audi being in contention for the top spot with many other sports car brands in this legendary race year after year,” said Chris Reinke, Head of Audi Sport customer racing. “We’d have liked being in this position again, but that wasn’t possible this year, not least due to the balance of performance rating, among other things.” Even our top drivers had to take high risks in order to keep pace with the front runners.

Of the six teams relying on the Audi R8 LMS Belgian Audi Club Team WRT was the best to cross the finish line. Robin Frijns/Stuart Leonard/Edward Sandström/Frédéric Vervisch (NL/GB/S/B) achieved eighth place in an accident-prone race. They finished the 24 hours nearly unharmed. Only when Sandström touched the guard rail once in rain, the squad had to change a suspension component. Twin Busch Motorsport was the second-best Audi team in the Eifel. Twin brothers Dennis and Marc Busch (D), together with Christian Mamerow (D) and René Rast (D), took tenth place following an impeccable drive.

The setbacks suffered by the other Audi squads showed how treacherous the conditions were. Following the interruption of the race in the early stage due to heavy rain and hail, Alex Yoong (MAL), with the Audi race experience, had an accident at night in slightly foggy conditions. In the early morning hours, misfortune struck last year’s winner Nico Müller (CH) from Audi Sport Team WRT. He had to evade a rival standing in the opposite direction of traffic and touched the guard rail. The subsequent repair took three hours.

Only three laps later, there was a misunderstanding when two-time winner Markus Winkelhock (D) from Audi Sport Team Phoenix hit the Audi of Connor De Phillippi (USA) from Team Montaplast by Land-Motorsport. Both cars could not be repaired anymore. An incident of contact between a rival and experienced campaigner Frank Stippler (D) in the number “5” Audi deprived Phoenix Racing of a top-6 result shortly before the end of the race.

Two all-privateer driver teams were happy about their positions in the top 20. Christian Bollrath/Maximilian Hackländer/Ralf Oeverhaus/Micke Ohlsson (D/D/D/S) achieved 14th place with the Audi race experience. Team Car Collection Motorsport was on the Nürburgring grid with Audi for the first time and, with Ronnie Saurenmann/Peter Schmidt/Andreas Ziegler (D/D/D), advanced to position 18.