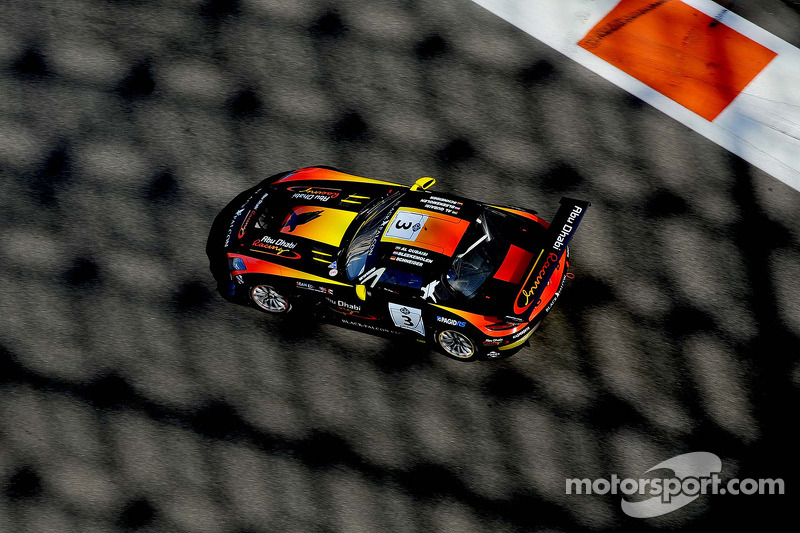 Dubai, UAE - The UAE’s Khaled Al Qubaisi remains confident that he can complete a hat-trick of victories in the Dunlop 24 Hours of Dubai with Team Abu Dhabi by Black Falcon after a dramatic qualifying session today at Dubai Autdrome.

Al Qubaisi, who is sharing the driving with Dutchman Jeroen Bleekemolen, Germany’s Bernd Schneider and Sweden’s Andreas Simonsen in the team’s lead Mercedes AMG SLS GT3, was not concerned after the quartet were narrowly beaten to pole position. 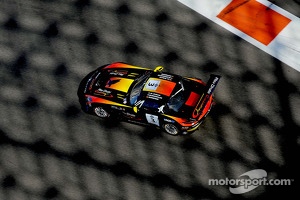 They will start second on the grid tomorrow afternoon behind the Chevrolet Corvette C6-R of Dutch-based V8 Racing, but at the end of qualifying the Emirati driver was fully optimistic that he can deliver another big victory to Abu Dhabi Racing after last month’s Gulf 12 Hours triumph.

“We’re not in pole this time, but we’re not worried because we’re the fastest of the potential winners here,” said Al Qubaisi. “The car in front of us has had its moment of glory and it may cost us some time in the race.

“But we’re looking at the big picture, we’re on the first row and everything is looking good for tomorrow. Our pace is good, all the drivers are feeling good, the car is great and the team is in very good shape.

“The main thing we have to do is stay out of trouble in terms of accidents, picking up penalties or tangling with other cars.”

Al Qubaisi, who is Managing Director of Abu Dhabi Racing, earned a big pre-race tribute from his Dutch team-mate Jeroen Bleekemolen, the two-times Porsche Supercup champion who set the second fastest time in qualifying behind another Dutchman, Nicky Pastorelli.

Bleekemolen said of Al Qubaisi: “The first time I met him was when he did the Porsche Supercup race in Abu Dhabi (2009). It was his first car race I think, and it was very impressive for him to be on the Supercup grid and not far from pole position.

“There are not many people who come into racing at his age and still manage to be competitive. He has got some big wins to his name now. But for me the most impressive thing is that he did so well in the Porsche Supercup. It’s so competitive, and he was only one to 1.5 seconds off pole position.

“He was quick in all his stints at the Gulf 12 Hours in Abu Dhabi last month, and was the one who opened up our lead.”

UAE drivers optimistic ahead of Dunlop 24 Hours of Dubai