24h race Nurburgring will be heralded by a qualifying race

The makers of the ADAC Zurich 24h-Race have come up with a real hit: On 5th and 6th April, 2014, the motor-racing event of the year will be heralded for the first time by a qualifying race.

“We wanted to offer the teams contesting the 24h-Race an optimum testing opportunity – and without the pressure of a championship,” explained Walter Hornung, Race Director of the ADAC Zurich 24h-Race and head of motor sports of the organisers, ADAC Nordrhein. 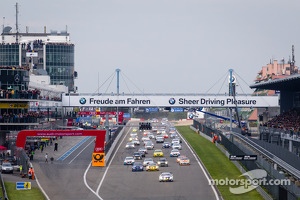 At the same time, this weekend offers the media and the motor-racing enthusiasts the chance of getting a first overview of the top-class field of the 24h-Race that will be contested in June.

From the function test at the Grand Prix circuit through the practice sessions held at the Nordschleife up to the evening hours to the two-hour qualifying session and a six-hour race in the Green Hell on Sunday, the new event format provides anything helping the teams preparing for the main event held on the Corpus Christi weekend – and of course they can do so at the original 24-hour race track version.

At the same time, fans and media will get a first impression of the teams’ competitiveness, as the ‘ADAC Qualifying Race 24h Nürburgring’ is – other than the private days of testing – a weekend with true 24-hour race feeling for all those involved. And it goes without saying that the newly created event will – just as the first VLN rounds – be factor when it comes the top-30 qualifying ranking: 10 of the 30 positions for the individual time trials will be secured in the Qualifying Race 24h Nürburgring – a real incentive for the top teams to contest this event. 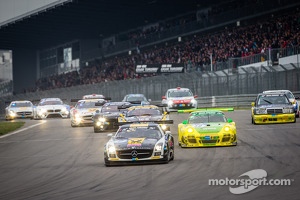 A close look at the – currently still provisional time schedule – reveals the extensive testing opportunities. On Saturday morning, the Grand Prix circuit will be the venue of function and adjustment tests and in the afternoon, the practice sessions that won’t end – according to the current schedule – before darkness will offer the teams the chance of preparing at the Nordschleife for the things to come.

“To make sure that the teams will be able to complete as many laps as possible even in the case of technical problems or minor accidents, we will interrupt the practice sessions by short breaks that will be used to tow damaged cars back to the paddock,” adds Hornung. “And they also can practice driving in the dark, on this weekend – a move underlining our efforts to increase the safety for the 24h-Race competitors.”

This also might increase the motivation for teams from abroad with limited Nordschleife experience to regard the qualifying race as a must. After all, having contested the evening practice session and two stints in the six-hour qualifying race will result in the permission to contest the 24h-Race even for drivers who have got a lot of motor-racing experience under their belts – but not so when it comes to racing at the Nordschleife.

25 Hours of Thunderhill brings out the stars

Project 1 in race against time after Sebring fire