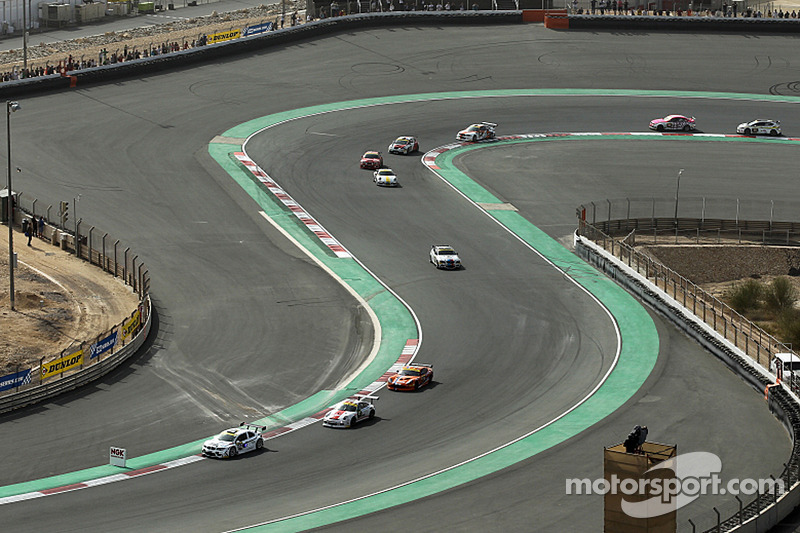 Volkswagen racer Josh Caygill got his 2014 season off to a sensational beginning this past weekend in the annual Dunlop 24 Hour Dubai race as part of the five-driver KPM Racing squad, claiming the runner-up spot in the D1 Class on his endurance racing debut.

Providing the perfect start to only his second year in saloon car competition, the former motorcycle racer from Netherton in West Yorkshire was thrilled with his performance during the twice-around-the-clock encounter at Dubai Autodrome in the United Arab Emirates. 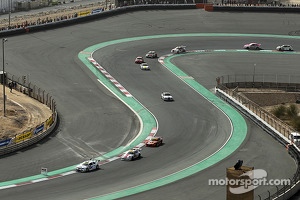 Piloting a diesel powered Mk6 Volkswagen Golf, the quintet started the challenging 24 Hour contest on Friday, 10th January, second in class before moving into the D1 lead at approximately three hours’ duration. Although a time penalty led to a slip down the order, a determined fightback resulted in the team regaining the class lead just after mid-distance.

The drama didn’t end there, though, when contact with a rival car, when Mason was at the wheel, necessitated an entire rebuild of the front of the Golf TDi to repair a failed upright. Rejoining from a lengthy pit-stop fourth in class, with Caygill in the driving seat, the British squad mounted a superb recovery and ultimately finished second in class – even with a late gearbox issue.

“It feels fantastic to have been part of this event and team, to take a podium finish in our first 24 Hour race is incredible”, said the elated 24-year-old Caygill at the conclusion on Saturday, “The KPM and RAM Racing guys put in a world class effort, the team spirit was fantastic and we couldn’t have asked for anything more – they did us proud.

“The car was great to drive, it is a shame we had the gearbox problem at the end but we made up positions, showed our stamina and we're really happy with second place in class. The night-time stint was exhilarating, to say the least, but the whole experience was mind-blowing to be honest. Endurance racing in GT cars is definitely something I would like to do more of as my career develops.”

Next on the racing schedule for Caygill will be the opening round of the 2014 APR Volkswagen Racing Cup at Oulton Park in Cheshire on Easter Monday, 21st April, where he will contest his second season in the category in a new Volkswagen Scirocco.

In addition to his UK racing commitments, the ex-British Supersport rider will also make his full European saloon car debut this year in the Volkswagen Scirocco R Cup. Hockenheim in Germany will host the first event of his maiden campaign in the series on 3rd/4th May.

Godzilla returns to the Mountain