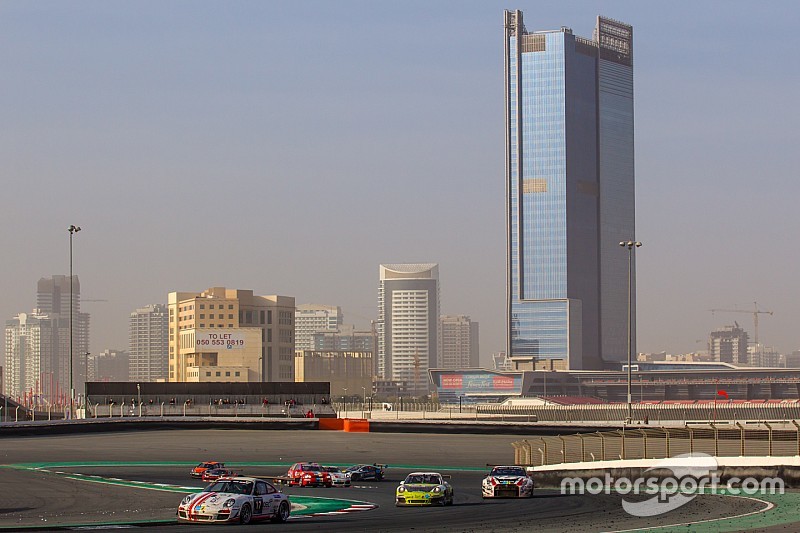 Cars and equipment are underway from all over the world to the United Arab Emirates.

Gennep – No less than 100 cars are expected on the grid for the Hankook 24H Dubai (January 14-16, 2016). Currently, cars and equipment are underway from all over the world to the United Arab Emirates for the opening round of the 2016 24H Series powered by Hankook. “Together with our logistics partner Eimskip, shipments have been arranged from Europe, Australia and Hong Kong. In total, we have more than 45 different nationalities represented among the teams and drivers, clearly reflecting the international status of the race,” says Daphne Gengler on behalf of Creventic. “Expectations for the race are high and we have some great news about the media coverage for the event.”

The eleventh running of the original endurance race in the Gulf Region is eagerly anticipated. The event at Dubai Autodrome will see the new Mercedes-AMG GT3 taking on its first-ever 24-hour race while the race also marks the first time customer teams will be competing in a 24-hour race with the new Audi R8 LMS. The Renault Sport R.S. 01 is also a car previously unseen in Dubai. “And, of course, the 2015 24H Series teams’ champion Memac Ogilvy Duel Racing will be present as well,” Daphne Gengler emphasizes.

The expert commentary team from Radiolemans.com, known throughout the world as the voices of endurance racing, will be on board for the full 2016 season of the 24H Series powered by Hankook, starting in Dubai. Motors TV will be covering qualifying, night practice and the race live from Dubai. Further improvements have also been made to the live streaming on the Series’ website, www.24hSeries.com. From 2016 on, every session during every round will be streamed in HD quality, a significant step up from the footage seen so far. Moreover, there will be professional on-board cameras to capture the action from a driver’s perspective.

Next to Hankook, the title sponsor and official tyre supplier of the event, and BRM as the official timing partner, also providing the trophies for the prize-giving ceremonies, Stand21 has also extended its partnership with the organisation of the 24H Series powered by Hankook. The French company, well-known for high-quality race gear and accessories, will be present at every round in 2016.