WRO returns to racing, to race in the ELMS and Asian LMS.

Woodard Racing Organisation (WRO) are pleased to announce a return to endurance racing in 2014 and have recently entered into an agreement with Honda and HPD to run an ARX-03b.

A full year of competition will see the Team contest both the European Le Mans series and the Asian Le Mans series in the highly competitive LMP2 class. WRO also plan to contest the prestigious Le Mans 24 Hour race in June. A multi season deal sees the Honda combo and WRO committed to contesting these series for the next two years. 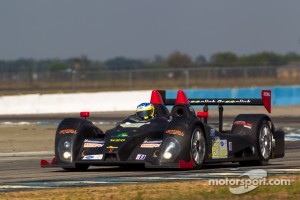 Commenting on the news Mark Thomas, series Managing Director of the AsianLMS said “I am really excited at this development and looking forward to working with a new team in the Series which going from strength to strength in 2014.”

Team principle Daniel Woodard said “We are extremely pleased to have reached agreement with a major manufacturer like Honda. Motor racing is in their DNA. In 2012 they won at Le Mans and the WEC. We believe we can develop a strong and successful team through this collaboration. Our belief in them is reinforced by the latest test results from Daytona where they are the fastest P2.”

Adding to the partnership with Honda and HPD, WRO will also be partnered by Private Bank Arbuthnot Latham. “As a long-established private bank they are able to provide solid financial advice and support. It is an honour to work with them as they are one of the best in the banking world and they get and love being involved in motor racing” said Daniel.

Daniel went on to announce that current ELMS Champion (GTE), Johnny Mowlem is re-joining the Team for the ELMS element of their programme. “To have Johnny on board again is fantastic, he is very experienced and professional in his approach to everything motor racing and we believe he has much to contribute the Team.” “We are in detailed discussions with several other drivers and I hope to be in a position to finalise the driver line-up shortly.”

Johnny Mowlem commented: “It’s good to be back driving with the Team. We share many long term objectives and the agreement with Honda bodes well for the future.”

Changes for the European Le Mans Series in 2014

Pegasus Racing back in the top category in European endurance racing!

Asian LMS to be included in Motorsport Mundial