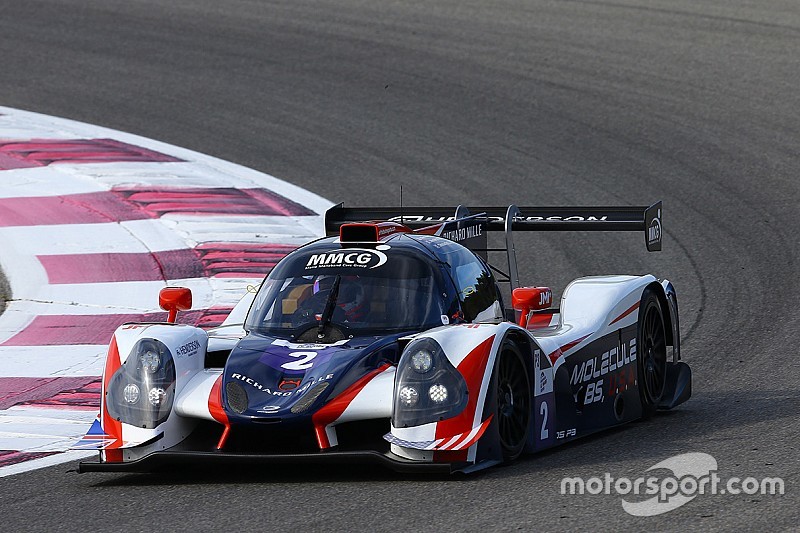 Despite embarking on its maiden ELMS season, United Autosports was consistently fast throughout the two-day test with both cars in the 22-car field around the 3.64-mile track at Le Castellet. The #2 Alex Brundle / Christian England /Mike Guasch Gala Tent Ligier JS P3 set the fastest LM P3 time (Brundle, 1m 53.364s) with the #3 Matt Bell /Wayne Boyd /Mark Patterson Ligier missing out on recording the second fastest time by a mere 0.066secs (Bell, 1m53.974s) after five sessions lasting 18 hours in total duration – although the team opted out of the Tuesday night session.

United Autosports returns to its base in England later this week having gathered further vital data from the ELMS Prologue event which enabled the Anglo-American team to clock up almost 1400-miles with its brace of Ligier JS P3 sports cars and importantly saw all of its six drivers familiarise themselves with the LM P3 closed cockpit car. United Autosports’ V8 Nissan-engined Ligiers contest the opening round of the six-race ELMS on home soil with the Four Hours of Silverstone on 16 April.

“It’s been a really productive test. It’s personally nice to have set the fastest [LM P3] time but the most important element is to come away with a nice stable, fast car that all three drivers are happy with. The team have done a very good job in a short space of time in a category that is totally new to them.”

“Getting as many miles under my belt after a 13 year break from racing is the most important thing for me. I’d done a couple of days at Magny Cours, Donington Park, Imola and now here. We had some very good runs yesterday while a small electrical gremlin side lined us for a spell today.”

“I came here straight from our weather-affected Imola test where I met Christian for the first time and started the gelling process with all of my United Autosports team-mates. Tuesday was sunny and we clocked up some good laps. All three of us were competitive. Today I did a full tank run for the first time which was good.”

“This official test saw us against the full ELMS field for the first time. Having tested here previously and then at Imola, we felt we had a strong pace but the last two days have gone well and has proved that we are quick. Alex was quickest on Tuesday while I set the second fastest time today. As a trio Wayne, Mark and myself, appear to be in the ballpark heading to Silverstone.”

“First and foremost I need time in the car coming from a single-seater only background – with every lap I’m learning about the Ligier. It was my first time at Ricard so I had to learn the track, which didn’t take long thankfully. We worked through our programme and learnt more about the car. I can’t wait for Silverstone!”

“We were here for a two-day test which was cold but productive. Then Imola gave us some wet running experience on the second day having got a ton of data on the first [dry] day. I only drove here today but did a race ‘stint’. Everyone is feeling good about the car and programme. The young drivers are fast and importantly we’re all learning.”