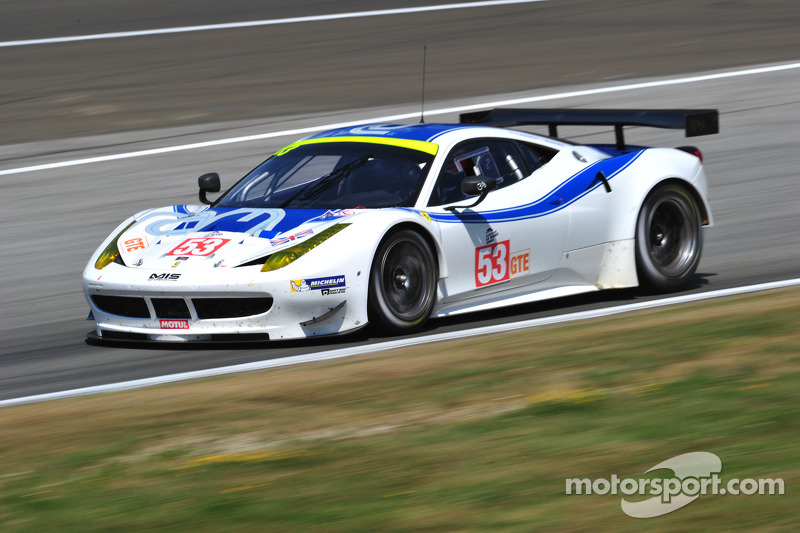 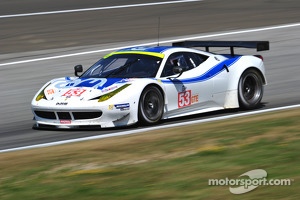 The morning qualifying session took place in the rain and provided a challenge to the No. 53 Ram Racing Ferrari team. The team engineers, strategists and drivers decided to open the race with the Michelin intermediate tires versus the full wet tires. This tire decision provided beneficial at the start of the race.

From the sixth position in the LM GTE class, Frankie Montecalvo drove the opening stint and charged through the field during windy, wet and dry conditions. During his time in the Ferrari, Montecalvo reached his race-high position of third before turning the wheel over to co-driver Gunnar Jeannette.

At lap 40, Jeannette began his stint. The team took a risk and continued to use the intermediate tires expecting the weather to continue on the rainy trek. Unfortunately, the tire choice provided wrong as the weather began to clear and the track dried. Jeannette then had to pit again for slick tires to complete the race under dry conditions. In the end, Jeannette crossed the finish line in sixth position.

Next up for Bayshore Racing is fifth and final round of the European Le Mans Series. Montecalvo and Jeannette head to France and the Le Castellet on September 27-28.

Frankie Montecalvo: “At the start of the race we decided to go for an intermediate tire instead of full rain which was the right choice but it was very, very difficult to get the tires up to temperature. As soon as they came in though it was like someone flicked a light switch, and every lap was faster and faster.

I was doing the pace of the leaders and making up some of the time I lost. It wasn’t easy to drive the car when the tires were cold, but other than that there no issues or offs and I’m happy with that and looking forward to Paul Ricard.”

Gunnar Jeannette: “We finished sixth which is our worst finish of the year and therefore disappointing. We gambled at the start and put the intermediate tire on which was probably a bit too hard for the conditions but Frankie did a great job. It took a little while to get heat into the tires but, when they did, he was really flying.

“We came in and pitted after his minimum time was done and I got out right behind Johnny (Molwem) in the other Ram Racing Ferrari. We were running nose to tail for a while and then it started to sprinkle with rain and got very slippery very quickly. It looked dark and both Johnny and I slid off the track a couple of times.

I really wanted to get a win so gambled and came in for intermediates but unfortunately it was the wrong call and it didn’t pay off. It was my decision and we suffered from it. When we put slicks back on the car was great at the end but we didn’t have enough time to make up any positions.”