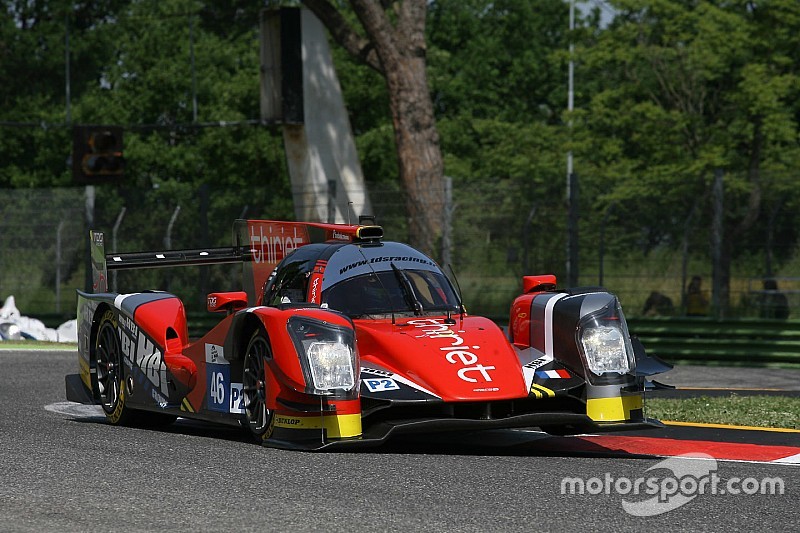 4 Hours of Red Bull Ring will get underway tomorrow.

The fastest car in the second session was the #46 Thiriet by TDS Racing Oreca 05-Nissan with Tristan Gommendy setting a 1m24.202 lap, 0.536s faster than the #38 JOTA Sport Gibson-Nissan but nearly 0.7 seconds slower than the best time of the day, a 1m23.538 set in the morning session by Filipe Albuquerque in the JOTA Sport Gibson. Gary Hirsch also claimed the second fastest time of the day in the #41 Greaves Motorsport Gibson, the 1m24.014 also faster than Gommendy’s best time.

The second 90-minute Free Practice session of the first day at the Red Bull Ring finished slightly early as a red flag close to the chequered flag meant the session wouldn’t resume. The stoppage was caused by Ivan Bellarosa in the #45 Ibanez Racing Oreca going off the track at the first corner.

The only class to see an improvement in times was in the LMP3 class where the fastest car was once again the #3 Team LNT Ginetta Nissan, with Charlie Robertson posting a 1m30.804 lap, an improvement of 0.3 seconds over the previous best set by teammate Chris Hoy this morning and 0.5 seconds quicker than the #2 Team LNT Ginetta of Gaetan Paletou in the afternoon.

The #55 AF Corse Ferrari of Matt Griffin was the quickest LMGTE car in the second session with a 1m30.714 lap but 0.4s slower than the 1m30.333 set by the #51 Ferrari of Raffaele Giammaria this morning, which was also the second fastest car in the afternoon with a 1m31.196 lap.

In GTC the story was the same with the #62 AF Corse Ferrari of Francesco Castellacci setting a 1m32.392 lap to head the lap times in FP2. However a 1m32.236 set by Franck Perera in the #59 TDS Racing BMW Z4 this morning has become the benchmark GTC time for day one at the Red Bull Ring.

Tomorrow morning the day begins at 09h15 with qualifying for LMGTE and GTC, followed 30 minutes later by qualifying for LMP2 and LMP3 at 09h45. The grid will then be declared for the 4 Hours of Red Bull Ring, which will get underway at 13h30.

Priaulx: “The podium is where we’ve got to aim in Spielberg.”