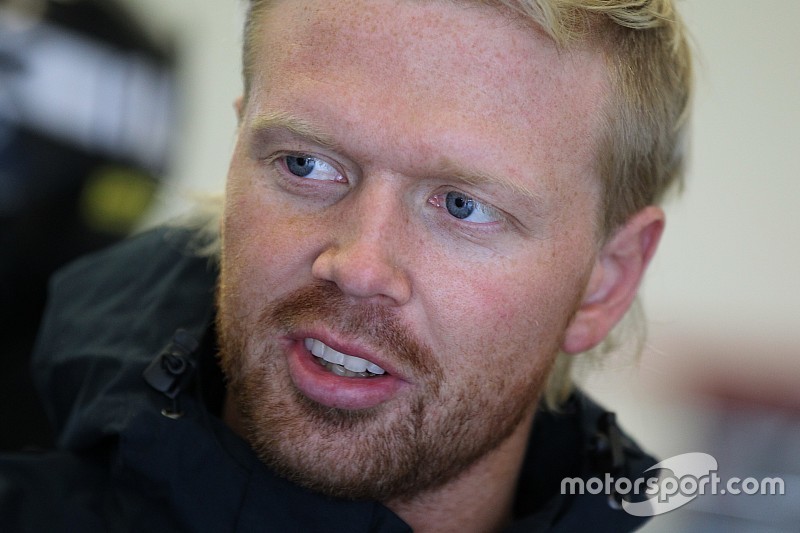 The Danish driver, who won last year's WEC GTE Pro drivers' title alongside Marco Sorensen, joins Salih Yoluc and Euan Hankey for what will be the British team's first foray into the European series.

TF was unveiled on the entry lists for both the ELMS and Le Mans 24 Hours on Thursday, with Yoluc listed as the sole nominated driver in its Aston Martin Vantage GTE.

The team took overall honours last year in both the British GT series and the GT3 Le Mans Cup, the latter prize earning it an automatic invite to Le Mans.

“TF Sport has had a lot of success in the UK and Europe, but it has a long-held desire to go further and it’s special that I will accompany the team as it heads into this big, new challenge,” said Thiim.

“It’s a good step towards racing on the international scene in the FIA World Endurance Championship and I’m here to help TF Sport achieve the goals it has placed over the season.

"I’ll pass on to Salih and Euan all of my knowledge and experience with the Aston Martin GTE and the tracks I have raced on to ensure we’re successful, because I’m always in it to win it.”

For the Le Mans 24 Hours, with Thiim racing for the factory Aston Martin squad, British veteran Rob Bell will join the team alongside Yoluc and Hankey.

Team boss Tom Ferrier added: “This is a hugely exciting opportunity for TF Sport. After the success we’ve had in 2016, it feels like natural progression to move into GTE-spec machinery in Europe.

"The European Le Mans Series is a great championship and the chance to race in the 24 Hours of Le Mans itself is a dream come true.

“Aston Martin Racing has been a huge part of this deal coming together and will again be involved in our programme throughout 2017. We believe we have a strong team and drivers and we are ready for the challenge.”

TF is one of two teams fielding Aston Martin machinery in ELMS this season, alongside another works-supported team, Beechdean AMR.