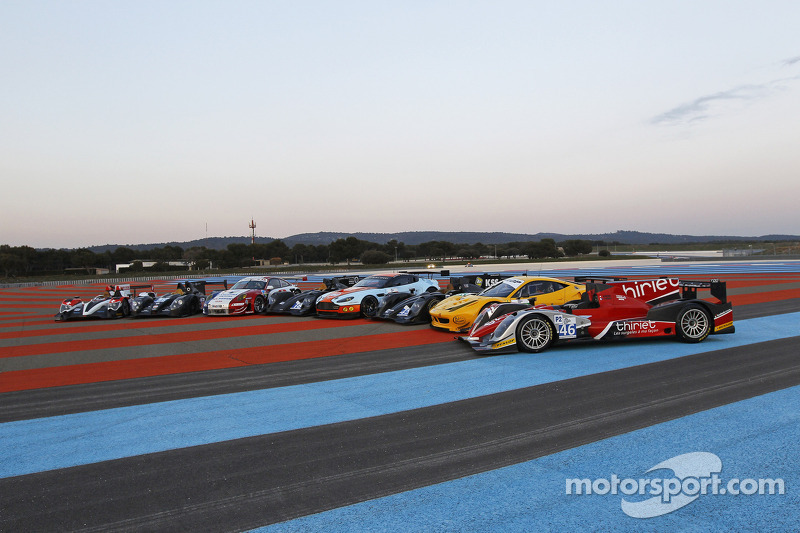 The opening round of the 2012 European Le Mans Series, which will see some of the best European endurance racing teams take part in a five round championship battle, will kick this weekend (31st of March - 1st of April) at the legendary Circuit Paul Ricard in Le Castellet, France.

Known in the past as the Le Mans Series, the name change occurred when the LM P1 category cars did not enter as they will be contesting the FIA World Endurance Championship. That now leaves the LM P2 teams who will be playing the key role of the main championship battle, and other categories have fewer cars in the field than never before. The series based in France remains the same but may not sound as exciting as it was over the past years. Then again, the extremely competitive teams should provide some great and close racing with a lot of teams having a change to win the title. In this preview, we take a look at the championship contenders starting from the main LM P2 class, and going all the way to the two GT classes known as LM GTE PRO and LM GTE AM.

Can Greaves Motorsport defend their title? 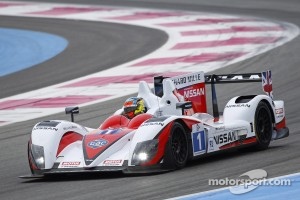 Greaves Motorsport will start the season as the defending champions after winning three rounds out of five in the Le Mans Series last year. After a successful last year which saw the team to take the Le Mans Series title and 24 hours of Le Mans win in LM P2 category, the team has set high goals and nothing else than another title isn´t enough for the team. With the driver line up of Alex Brundle, Lucas Ordonez and Tom Kimber-Smith combined with the strong and reliable but maybe not the fastest Zytek Z11SN-Nissan package, the team should still have an excellent change to defend their titles. At the test through, the team was just third fastest with 1.5 seconds behind the fastest time set by OAK Racing.

OAK Racing which topped the time sheets with the blistering time at the official test is surely a team to keep an eye off this season and a rock solid candidate to win the title by the end of the year. OAK Racing which has been working very hard with their Morgan-Judd based package designed and build by Onroak Automotive already demonstrated the speed of their car in the WEC race at Sebring earlier this year by taking the pole position, fastest lap and by the end of the race finishing second in LM P2 and fifth overall. At ELMS the regular driving pair of Dominik Kraihamer and Guillaume Moreau will be joined by the LM P1 squad driver and the team owner, Jacques Nicolet.

In a strong eleven car field, it’s hard to name some teams which could give their own spice to the championship fight but two time winner from last year and third overall last season, Thiriet by TDS Racing driven by Mathias Beche and Pierre Thiriet and an all new team to the endurance racing formed by the eight time World Rally Champion, Sebastien Loeb should be able to do some great results. Sebastian Loeb Racing will be driven by two very fast and ex. Peugeot factory drivers, Stéphane Sarrazin and Nicolas Minassian with their third driver being the another Frenchman, Nicolas Marroc. Both Thiriet by TDS Racing and Sebastien Loeb Racing are using the fast Oreca 03-Nissan package as well which should favor them in some of the circuits. Other notable entries are, Boutsen Ginion Racing lead by the ex-F1 Toro Rosso driver and Red Bull Racing´s third driver, Sébastien Buemi who will be backed up by Jack Clarke and Bastien Brière and Pecom Racing entry driven by the ex. Pescarolo Team driver Soheil Ayari and the team regulars, Luis Perez Companc and Pierre Kaffer.

LM GTE PRO category sees only three entries all teams using the Ferrari 458 Italia´s which means this season the fans will not see a typical Ferrari vs. Porsche battle in any other class than LM GTE AM. All teams are capable of winning through with JMW Motorsport running James Walker and Jonathan Cocker in their Ferrari while Kessel Racing trusts to Michal Broniszevski and Philipp Peter. JMB Racing will be using an experienced, Jaime Melo. Ferrari Ace will be backed by Marco Frezza. 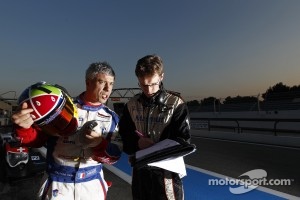 LM GTE AM class sees five teams fighting for the championship with Ferrari and Porsche having two teams and Gulf Racing driven by Roald Goethe and Stuart Hall trusting to the power of Aston Martin Vantage.

Main favourite of the LM GTE AM class has to be the Porsche 911 (997) RSR of IMSA Performance Matmut team driven by Raymond Narac and Nicolas Armindo which dominated the LM GTE AM class at last year by taking four wins out of 5 possible. Team third driver this year will be the Frenchman, Anthony Pons which started his racing career just a few years back in 2010 after the current team driver, Narac told him to try a race car after being impressed by the skills of Pons behind the wheel of an Porsche GT3RS road car at the client day where normal people are having a change to drive some cars with a racing driver next to the driver, giving tips or telling how the car works.

Main challenger of the IMSA Performance Matmut team could be the AF Corsa squad and its Ferrari 458 Italia driven by Piergiuseppe Perazzini, Marco Cioci and Matt Griffin. The team had already won a race this year when AF Corse taken the honors at an extremely close, Gulf 12 hours race in Abu Dhabi at January. Last year Ferrari teams didn´t won a single race at the LM GTE AM category but a switch from the outdated Ferrari 360 to Ferrari 458 Italia could spark up the competition.

Other two teams in class are Prospeed Competition driven by Marc Goossens and Maxime Soulet using the Porsche 911 (997) RSR and JMB Racing´s LM GTE AM squad lead by the legendary, Alain Ferté which has been driving various number of cars since the Gr.C era. Ferté will be backed up by Philippe Illiano.

By the preliminary entry list LM PC class should have 3 entries with Boutsen Ginion Racing and its drivers Thomas Dagoneua, Massimo Vignali, Jean Marc Merlin and Curtis Racing Technologies driven by John Hartshorne, Alex Kapadia and Phil Keen fighting for the championship points. Sebastien Loeb Racing also appears but no drivers has been announced. At the official test day, LM PC class teams finished the day as seventh and eight fastest with Curtis Racing Technologies being three seconds faster than its rival. A lone single entry at the GTC class at the preliminary entry list belongs to Raceart which uses Porsche 977 GT3 Cup car.

Pecom Racing is ready for the 6H of Castellet