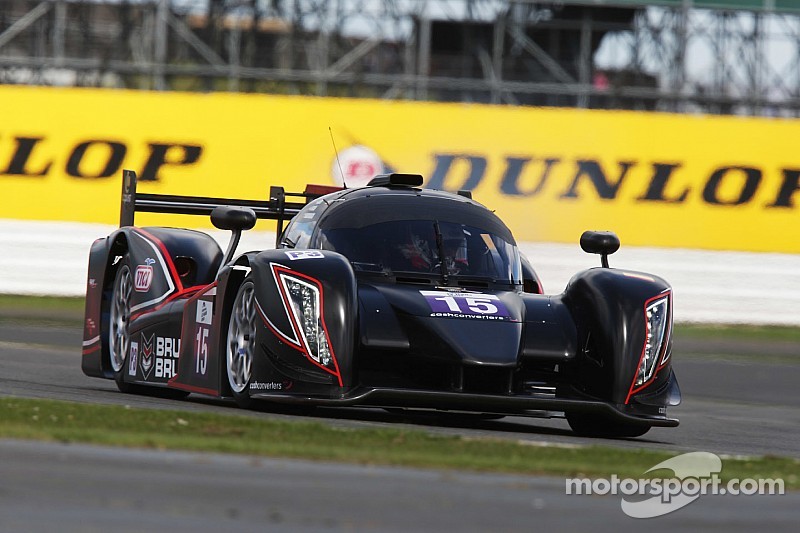 The Spanish team proved it has the drive to fight for the best results in Sunday's race.

Competition is heating up in the new LMP3 class, which made its début in this year's European Le Mans Series. The SVK by Speed Factory racing team, also making their début in Le Mans this season, is sure of this. First getting their feet wet in Silverstone a month ago, the Spanish team proved it has the drive to fight for the best results in Sunday's race. In the lead for over half of the race in their class, the pilots from Latvia, Lithuania and Spain did a total of 124 laps and won second place in the LMP3 category.

“I believe it was four or five years ago that we participated here in the Radical Championship and watched the ELMS race with great curiosity through the fence. I thought back then how great it would be to take part. Today, our team not only took part in the race but also got to step onto the podium. This is a very emotional moment for me. We are always ready to aim for the high – otherwise it's not even worth participating”, shared SVK by Speed Factory team leader Dalius Steponavicius.

We can now finally compete with manufacturers' teams, both of which we overtook today.

For about two thirds of the entire 4H of Imola, the SVK by Speed Factory team was up ahead of its competitors in the LMP3 class. It was in the last hour of the race that the judges instructed driver Konstantins Calko to make a pit stop in order to repair the car's falling front lights. This cost the team five priceless minutes. Members of the team joked that the incident was the result of the fact that their Ginetta-Nissan P3 car was simply going too fast.

First in the team line-up to drive, Lithuanian Dainius Matijosaitis also drove the car across the finish line and is now delighted about the progress his team is making: “It's a pity that first place was so close and then slipped right out of our fingers because of a couple of dislodged headlights, but a time will come for such a victory. For now, we need to be happy with today's achievement. We did a great job. There was quite a bit of pressure before the finish because the team that placed third was hot on our heels. I had to press down hard, even though I felt that our brakes were no longer as strong. Of course, the trophy we won was the great payoff for all of the tension we had to endure. We can now finally compete with manufacturers' teams, both of which we overtook today. We are back in the game!”

J. Fuster (Spain) and Konstantins Calko (Latvia) readily agree with their team mate Dainius and confirm that there will now be even more homework to do if they want to maintain their level.

“I am very happy and grateful to my team. It's a pity that we didn't finish first, even though I was in the lead for almost the entire time, but everything is still ahead of us. I wasn't aware of what was going on behind me. I was simply enjoying the drive in every lap. My team told me to slow it down a little over the radio, to take it easy on the tires, preserve fuel and the car itself. This was a truly high-level race, so placing first is certainly no easy task. But today we earned second place. This is by no means our peak – we will continue to strive for more”, maintained K. Calko.

The night before the race, engineers did as promised and resolved the power issues the car had been having. They managed to increase the engine's power by approximately 50 hp. Now the team is focused on improving the durability of other parts of the car, so that they do not present any problems when competing for the highest positions on the podium. The prize-winners have no doubt that all of these deficiencies can be repaired with the help of the car makers, Ginetta, before the next ELMS race, which will take place on 11-12th of July at the Red Bull Ring in Austria.