Strong performance for Greaves Motorsport in 4 Hours of Silverstone 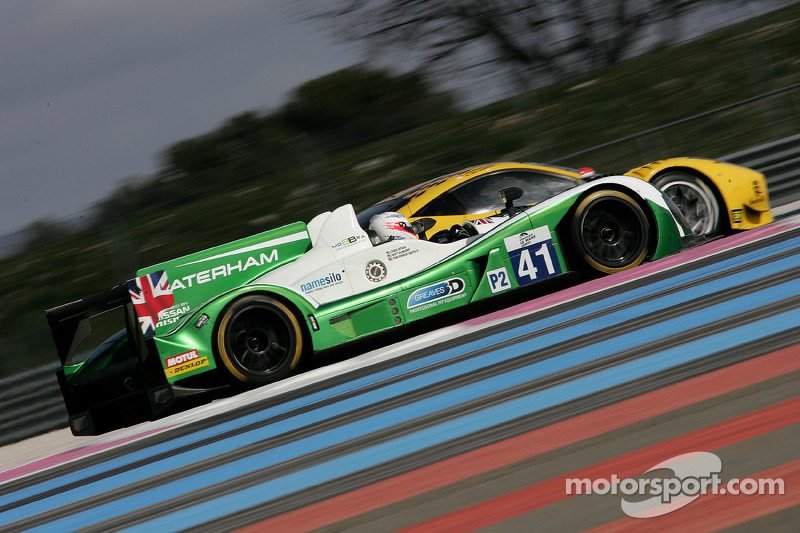 Greaves Motorsport had three drivers making their race début in the LM P2 class in the 4 hours of Silverstone.

With both of their cars finishing in the top six in the 4 hours of Silverstone, the opening round of the 2014 European Le Mans Series, the Peterborough based team left the circuit with a sense of achievement. The team had three drivers making their race début in the LM P2 class and one of their Nissan powered Zytek prototypes led the race convincingly in the first hour. The other car finished strongly closing in on a podium finish, only to be denied by the Chequered Flag.

Car #41 started from fourth place on the grid with 16 year old Matt McMurry taking part in both his first LM P2 race and his first race in Europe. His performance belied his age with an assured and confident display over the first two stints, keeping the Zytek in contention for a podium. Next in was ex-ALMS Champion, Chris Dyson took over driving duties from the youngster and kept up the challenge. With the rules mandating that Matt had to spend two hours, twenty minutes in the cockpit, he jumped back in before handing over to triple Le Mans class winner, Tom Kimber-Smith, for the final run to the flag. An extended period under the Safety Car meant that Tom was unable to exploit the ultimate pace of the car and driver over the full stint and just ran out of time in pursuit of a podium.

The #28 car started from eighth spot on the grid. Starting driver, James Littlejohn, arguably the revelation of the race, was soon slicing through the traffic to take the race lead in a scintillating performance, a remarkable feat considering that it was his début in this level of international competition. As a result he was nominated for Drive of the Day by Radio Le Mans (as was Matt). Tony Wells, another making his first LM P2 appearance, drove the middle period of the race, maintaining the strong pace of the car before handing over to James Walker who brought the car home to the finish. The Safety Car Period worked against the quick Jersey based driver and sixth place at the end of the race was not a true reflection of the potential of the package.

Team Principal Tim Greaves: “Well there were many positives that the team will take away from Silverstone. A brilliant race by Matt, two hours, twenty minutes on your first race at this level is a big ask but he responded brilliantly, showing good pace and great maturity. Similarly James also turned in a great drive to take the lead overall, he adapted very well to the hustle and bustle to come from a little way done the grid to the overall lead. Perhaps we could have claimed a podium spot with either or both cars but that is motorsport.”

Team Manager Jacob Greaves: “Another strong result for the team and some great performances, from all the drivers. Our partners, Zytek, Nissan and Dunlop all made significant contributions as usual and the guys in the team are the best. Certainly based on this race we are confident that 2014 will be a good season for Greaves Motorsport. We are looking forward to the next race at Imola in May.”