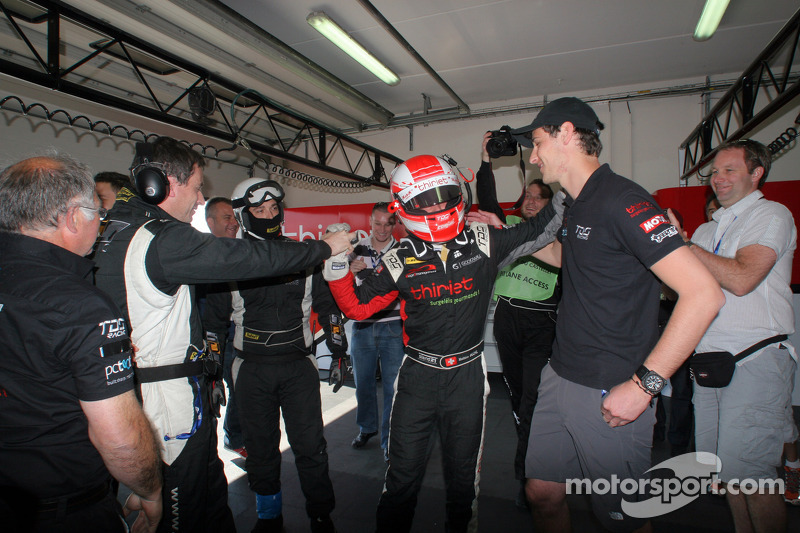 In today’s qualifying session on the Paul Ricard circuit, the Thiriet by TDS Racing team and its young driver, 25‐year‐old Mathias Beche, put on a stunning performance by setting pole (a repeat of their 2011 feat in LMP2). During the 20‐minute qualifying session for prototypes, the Franco‐Swiss set the quickest time on his fifth lap in 1m 48.171s at the wheel of the no. 46 Oreca 03‐Nissan LMP2. 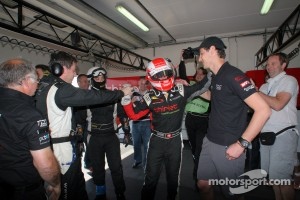 “I ran into traffic on my first two laps and then I managed to find a clear lap to set pole,” smiled Beche. “The team and I are delighted to have clinched the first pole position of the season. The list of entries has some very well‐known drivers on it and that’s good for the championship. Obviously, I’m very happy to have proved that I can get onto the front row and measure myself against such rivals.”

Sébastien Loeb Racing ended the session in seventh place under the watchful eye of the boss who, after his retirement in the Portuguese Rally, was determined to attend the first qualifying session of his fledgling team. In LMPC, the fastest lap went to Massimo Vignali who was the quickest of the Formula Le Mans‐Oreca‐09s in the car entered by the Boutsen Ginion Racing squad. It was an encouraging result for the Belgian team, whose Oreca O3‐Nissan was the victim of a fire in the first free practice and couldn’t take part in qualifying.

“Obviously, I’m satisfied with this result on my debut in this category,” said a delighted Vignali. “We made a lot of progress in free practice, and then ran into a few problems in the last session. As a result we were a bit worried but the team did a great job with the car.”

In the LM GTE category Brazilian Jaime Melo set the pace in the JMB Racing Ferrari F458 Italia in GTE Pro. He finished the session in front of Belgian Marc Goossens in the Prospeed Competition Porsche 911 RSR fastest in LM GTE Am.

“I know this car well and we were able to find the optimum setup for qualifying. This result is important for the race. Marco Frezza and I are well prepared and we’re aiming for victory in our category. But we know the race lasts six hours and anything can happen,” underlined Melo.

Tomorrow, the start of the Le Castellet 6 Hours, the first round of the European Le Mans Series, will be given at 14h00.