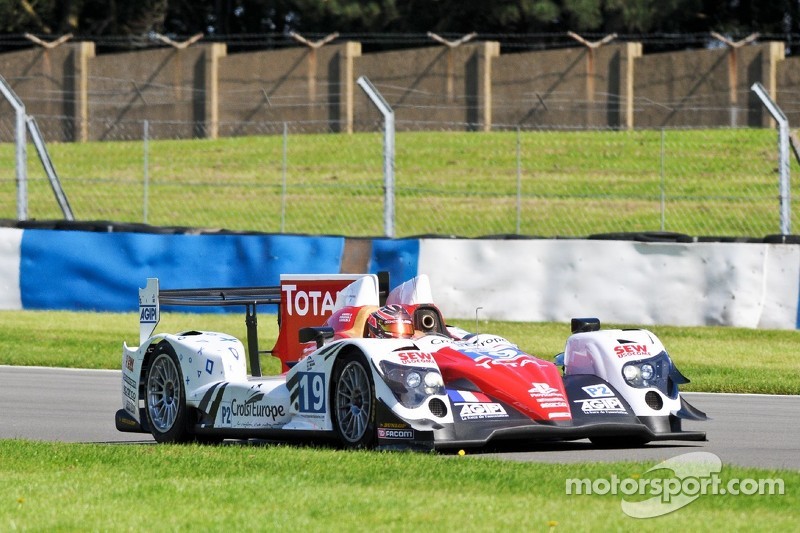 Nicolas Minassian, Stéphane Sarrazin and Nicolas Marroc had an exemplary showing but the racing incidents kept the trio from a well-deserved podium finish.

For their first competition outside French borders, Sébastien Loeb Racing had high ambitions. The other teams present had sharpened their skills at the 24 Hours of Le Mans, and the Alsacian team, with a debut podium finish at the Castellet, knew that the competition would be fierce. The team had nonetheless prepared well for this second round of the European Le Mans Series, with a test session and participation in the Test Day at Le Mans. In addition, the team had a new challenge to face, as it was entered in the French GT Championship and Porsche Matmut Carrera Cup races at Magny Cours. Because of this double program, new members were added to the team, and a good atmosphere and performance were quickly on order. 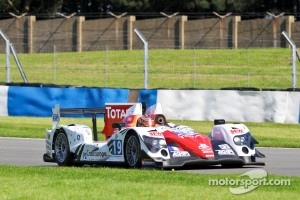 Running at the front during the free practice sessions, the Minassian/Sarrazin/Marroc trio qualified on the fourth row, in seventh place, only six little tenths off the pace. A tumultuous start forced Nicolas Marroc to take a defensive line to avoid a big accident. As a result, the No. 19 ORECA 03 made a pit stop, losing precious time. Nicolas Marroc didn’t give up and undertook a solid comeback attempt, relieved at the wheel by Nicolas Minassian then Stéphane Sarrazin. The three men were slowed in their progression up the running order by the safety car, which made an appearance at the half way point in the race. The team nevertheless continued to fight: 8th at the start of the race, they would claw their way back to 4th place at the finish. Thanks to the efforts of Nicolas Marroc, Nicolas Minassian and Stéphane Sarrazin, the No. 19 finished at the foot of the podium, only one lap behind the day’s winners.

“We faced a handicap right at the start with a slight incident,” explained Dominique Heintz, team manager, after the 6 Hours of Donington. “It’s absolutely not the fault of our driver, actually it’s Nicolas (Marroc) who saved the situation: he had the reflexes and saved our race. Bravo to him. Unfortunately, a few elements on the car were affected and the race direction forced us to stop to change those pieces. It’s that extra pit stop that kept us front fighting up front. If you look closely at the result, without that incident, we wouldn’t have been far from the winners.

“We managed this first handicap as best we could, but the safety car made an appearance at the worst possible moment for us. We focused on running a clean and smart race and tried to take advantage of the racing incidents. The car handled well, the teamwork within the team is excellent and the strategy we put in place worked well. The team has progressed on that level.

We also have to remember the good management of the weekend as a whole, where we were both at Donington and Magny Cours. Everything went well and that’s something we must not forget. We have to put our disappointment into perspective because the performance is there, and the team once again did a very good job in an LMP2 class that is very competitive.“