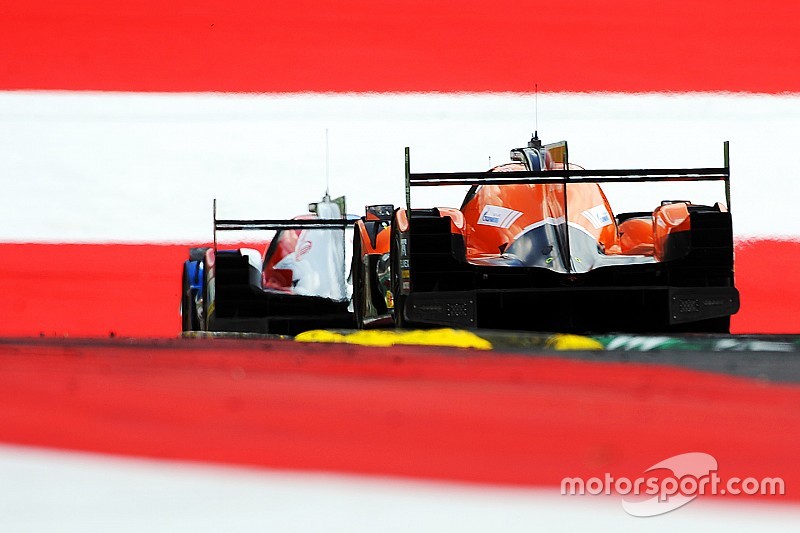 The 10-minute LMP2 qualifying session quickly devolved into a private contest between the two DragonSpeed-run Oreca 07s, with Roussel taking the upper hand initially on a 1m18.520s.

Lapierre had his time of 1m18.875s deleted, but the Signatech Alpine WEC regular retook the top spot with a 1m18.440s soon after.

Roussel came within 0.037s of that time on his next effort, before recording a 1m18.435s to finally end up on top in the #22 car he shares with Nicolas Minassian and Memo Rojas.

When proceedings resumed, it was former F3 star Mikkel Jensen in the #9 AT Racing Ligier who set the fastest time of the session, a 1m25.546s, but this was deleted due to a track limits violation.