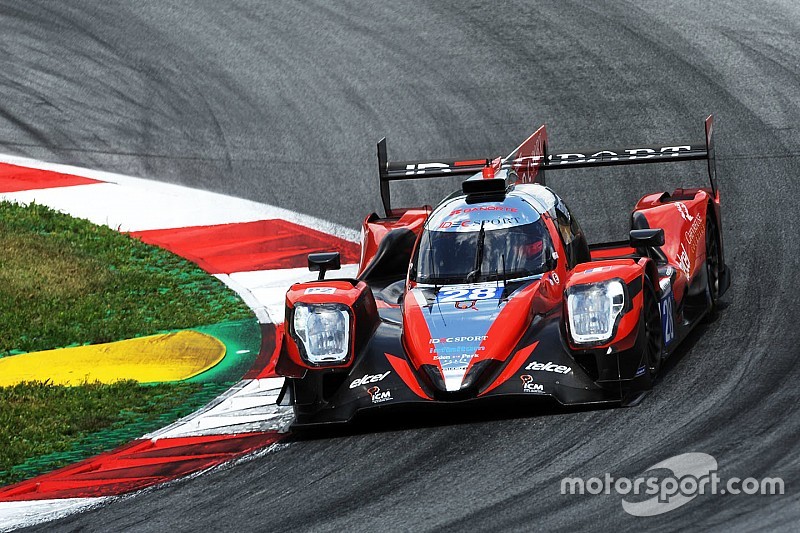 Chatin led the timesheets early on with a 1m20.028s in IDEC’s #28 Oreca, before former GP2/F2 race winner Norman Nato and then Nico Jamin moved to the top of the leaderboard.

But having timed his final lap strategically, Chatin managed to improve to a 1m19.246s to wrest back pole position in the car that he shares with Memo Rojas and Paul Lafargue.

Oreca cars sealed the top six spots on the grid, with Filipe Albuquerque the top qualifier for Ligier in the #22 United Autosports car.

AT Racing claimed LMP3 pole at its home track, with Mikkel Jensen at the wheel of the #9 Ligier.

Jensen went quickest with a time of 1m26.941s with two minutes to go and his lap would remain unbeaten for rest of the session.

Matthieu Lahaye came closest to Jensen’s benchmark, ending 0.111s behind in Ultimate’s #17 Norma, with the #19 M Racing-YMR of Lucas Legeret securing the third spot on the grid.

Andrea Bertolini qualified the #83 Krohn Ferrari third on the grid with a late flyer, ending another 0.042s behind the front row starters.