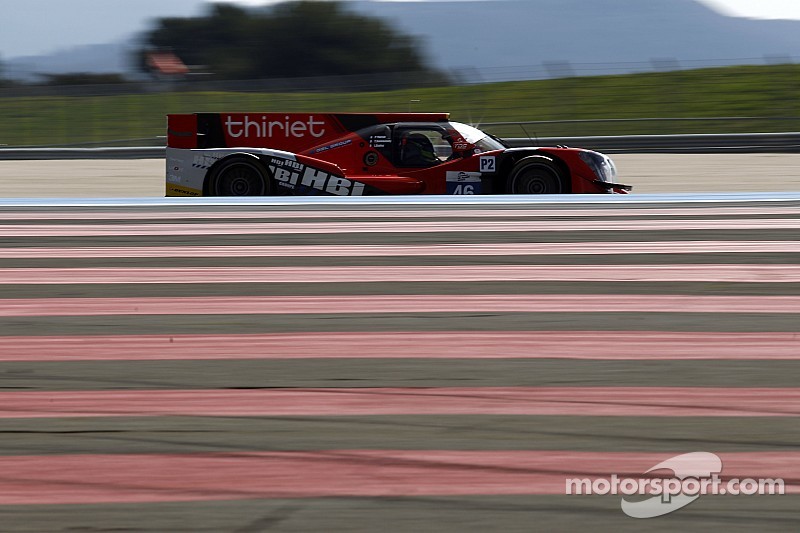 The lap was just 0.277 slower than yesterday's quickest yesterday by Nathanael Berthon in the Murphy run ORECA 03-Nissan.

Gommendy will share the new LMP2 car with teammates Ludovic Badey and Pierre Thiriet this season.

There were few overall improvements at the track today due to slightly less favourable ambient conditions. The afternoon session was held on a mostly wet track, with most teams electing to downscale their programs and save engine mileage for the season ahead.

Joining the action during the test was the Krohn Racing-entered Ligier JS P2. This was not the same chassis that raced at Sebring last weekend but an Oak Racing spare chassis that was readied for Niclas Jonsson and Tracy Krohn to learn the Paul Ricard circuit for the race to be held here in early September.

Andy Priaulx set a 1m58.376s lap to head the LMGTE class in the BMW Team Marc VDS Z4. The British racer arrived in France straight from the Sebring 12 Hours last weekend to undertake laps on the new Dunlop GT tyres.

Like Monday's action, there was little drama apart from a small fire that stopped the #64 AF Corse Ferrari 458 Italia on the track. Driven by Mads Radsmussen at the time, the fire was swiftly extinguished and the car re-emerged briefly during the afternoon running.

The 2015 ELMS kicks off at Silverstone on Saturday 11th April, the same weekend as the FIA WEC field which race on Sunday 12th.