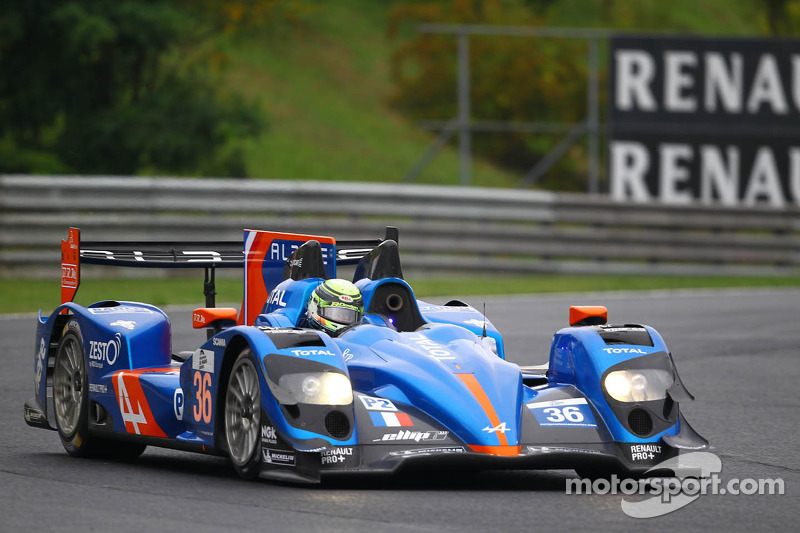 All 37 entrants took part in both ELMS practice sessions at Imola Saturday.

Thirty-seven cars took to the track this morning for the first free practice session for the second round of the 2014 European Le Mans Series, the 4 Hours of Imola. Sunshine welcomed everyone at the Autodromo Enzo e Dino Ferrari, participants as well as spectators already present in the grandstands, and the track temperature rose to over 36C° while air temperature was 20.7C°.

Designed to allow drivers to find their bearings on track, often being the first chance for some new to the track, the free practice sessions are also an opportunity for teams to technically set up their cars for qualifying and the race.

And so it was that Irish team Murphy Prototypes (Rodolfo Gonzalez, Karun Chandok, Nathanaël Berthon) set the fastest time of the session, 1:36.337 with the No.48 ORECA03 Nissan.

The second free practice session for the 4 Hours of Imola offered all participants in the series the opportunity to finalise their set-up prior to qualifying tomorrow. During the 90 minute session, the 37 entrants continued to work on their technical settings, and the lap times are already almost a second faster than those of the 2013 free practice sessions a year ago.

Following Karun Chandok’s best time of this morning, at the wheel of the No.48 Murphy Prototypes ORECA03 Nissan, it was Frenchman Nelson Panciatici who was rewarded with the fastest lap time of the day – 1:35.318 – driving the No.36 Signatech Alpine A450 Nissan.

Daniel Brown is getting ready for the second round in Italy