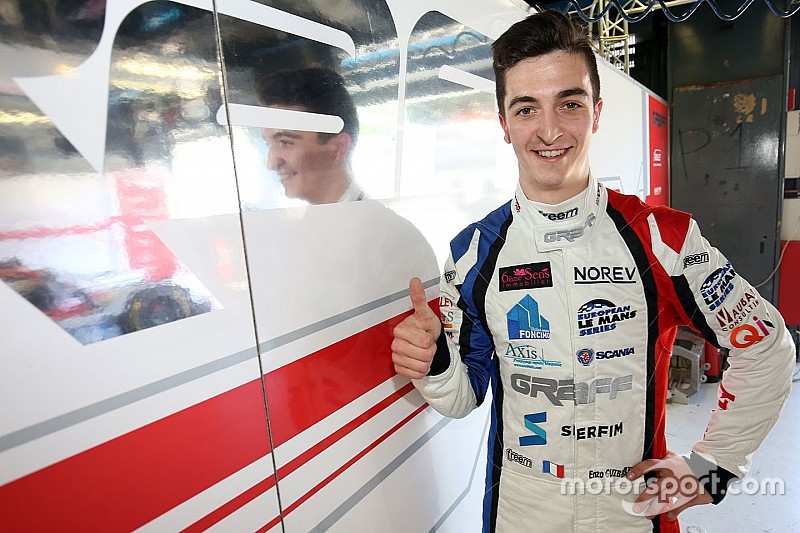 Lapierre, who will tackle the Le Mans 24h with Toyota, led after the early laps.

While improvements were scarce afterwards, Guibbert managed to lower the benchmark by a tenth with his time of 1m36.526s.

The duo held on to first and second respectively, as the #22 G-Drive of Ryo Hirakawa settled for third, the Japanese driver making a mistake on one of his flyers.

The #32 United Autosports car, which won the season opener at Silverstone, was only fourth in the hands of Filipe Albuquerque, followed by Andrea Pizzitola's #25 Algarve Pro Racing entry.

Ricky Capo, who drove for the latter team, was less than half a tenth slower.

Boyd demoted Matthieu Lahaye during the final minute, the former's #17 Ultimate car having to start from third.

The second United Autosports and M.Racing entries, driven by Sean Rayhall and Alexandre Cougnaud, were fourth and fifth respectively.

The #55 Spirit of Race Ferrari was quickest in the LMGTE qualifying, as Matt Griffin's 1m48.027s was more than two tenths in the clear.

Thus, Griffin and his British teammates Aaron Scott and Duncan Cameron will start the race from the LMGTE pole position.

The #50 Larbre Corvette of Romain Brandela and Christian Philippon improved several times during the session, but had to settle for third.

Matteo Cairoli and Nicki Thiim brought the #77 Proton Porsche and the #90 TF Sport Aston Martin into the top four, which was made up of four different brands.