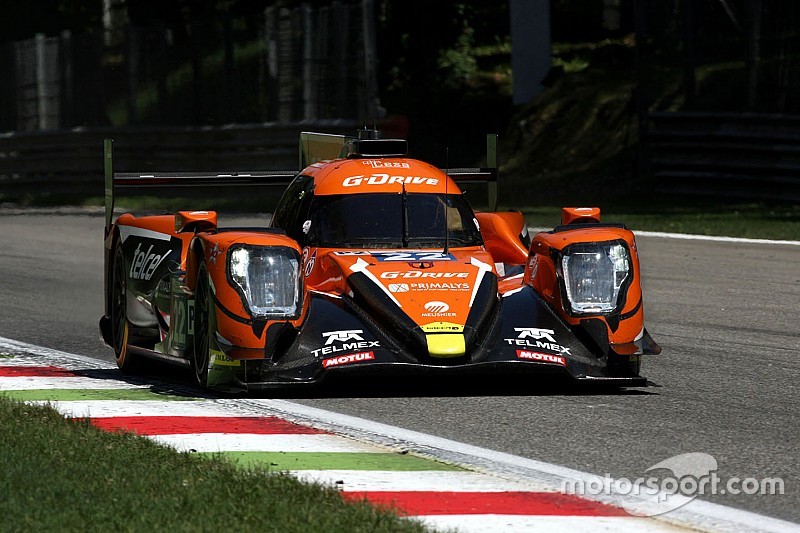 The #22 G-Drive crew of Ryo Hirakawa, Memo Rojas and Leo Roussel claimed victory in the ELMS 4 Hours of Monza, despite being hit by a drive-through penalty for a Full Course Yellow infringement.

The defending champions got off to a poor start in the second ELMS race of the season, with Rojas dropping from third to fifth in the first 10 minutes of the race.

However, the Russian squad brought itself back into contention by pitting under two separate Full Course Yellows in the first two hours.

At the second stop, Roussel took over the driving duties from Rojas and began hammering down the gap to the leaders.

The Frenchman first dispatched the #47 Villobra Corse before taking advantage of traffic to pass the #21 DragonSpeed entry to take the lead of the race.

A late drive-through penalty, assessed in the final hour for not obeying the speed limit in the second of the three Full Course Yellows, ultimately had no impact on the results as the G-Drive had built a comfortable 45-second cushion at the front of the field.

But the #21 DragonSpeed trio of Nicolas Lapierre, Ben Hanley and Henrik Hedman ultimately crossed the line just 2.245s behind in second after a roller coaster of a race.

Lapierre had taken over the lead from the #39 Graff Racing after undercutting the French outfit in the first hour.

However, a slow middle stint for gentleman driver Hedman dropped the #21 Oreca 07 well outside the top five, leaving Hanley with a mountain to climb in the final quarter of the race.

The Englishman was one of the quickest drivers in the final hour and managed to pass #49 High Class Racing’s Andres Fjordbach to secure the runner-up spot. Fjordbach and teammate Dennis Andersen completed the top three.

Over half a minute behind the podium finishers, the #39 Graff Racing crew of Eric Trouillet, Paul Petit and Enzo Guibbert finished fourth after leading the race from pole position in the first hour.

One-two finish for M.Racing-YMR in LMP3

Over in the LMP3 class, M.Racing YMR took a dominant one-two finish with its #19 Norma M30 beating the sister #18 Ligier JS P3 by over a lap.

The race marked Norma’s first victory in ELMS, the manufacturer having only unveiled its LMP3 car last year in the run-up to Le Mans.

Meanwhile, the #17 Ultimate Ligier claimed the final spot on the podium, as reigning class champions United Autosports had to settle for fourth place.

The #66 JMW Motorsport took the GTE honours for Ferrari, bidding a perfect adieu to their generation-old 458 Italia.

The British outfit, which will field a brand new 488 GTE at Le Mans, ran second for the first half of the race, before technical troubles for the pole-sitting #55 Spirit of Race Ferrari gifted it a farewell victory.

The #90 TF Sport entry finished seven seconds adrift, while the #99 Beechdean AMR made it two Aston Martins on the GTE podium.