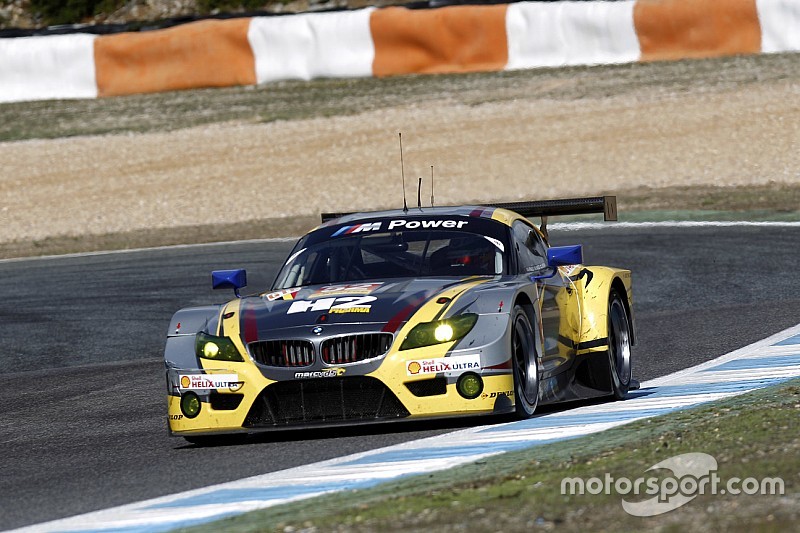 Having started in last place after a tyre gamble – slicks on a damp track – in qualifying didn’t pay off, it was always going to be a tough race for the #52 team. Hassid took the start in dry conditions, and was left dodging cars at the first corner, as he had in much of this season’s ELMS races. However, the Frenchman starred and took several places and, by the end of his stint, had run as high as third.

The team took a chance, leaving him on slick tyres in a brief deluge, and it paid off, the Guernseyman driving superbly. He moved into second, and then took nearly a minute off the leading car’s advantage. When the rain came for a second shower, even heavier than the first, it was time for the team to take another risk.

Priaulx pitted, and handed the car to Krohn. With the shower looking likely to be over quickly, the team elected to send the Finnish BMW junior driver out on cut slick tyres. The gamble worked, because despite losing time on a sodden track, he was able to claw it back when the circuit dried and he went on to take a lead that would not be relinquished.

The result means that Marc VDS and their three drivers finish second in the teams’ and drivers’ championships respectively.

Jesse Krohn, BMW Z4 GTE #52: “I’m so, so happy. I know that I’m not meant to show emotion as a Finn, but this is such a great feeling. My stint was the most difficult I’ve ever experienced – there was so much water, and the tyres were such a big gamble. I was aquaplaning on the straights, I couldn’t even go full throttle… But when it panned out, I was in a position to cruise to the flag. I’m so happy for all the team. They’ve worked so hard all year, and I’m so glad we could win on our last race.”

Henry Hassid, BMW Z4 GTE #52: “Sebastien told me that I had to push hard in the first stint. We weren’t just last in class, we were pretty much dead last of the entire field. So I assumed it would be a very difficult start. I ended up passing something like 15 cars on the first lap! The car was just fantastic the whole stint, and the team did a fantastic job again. I’m very proud to have been a part of this winning team.”

Andy Priaulx, BMW Z4 GTE #52: “It’s a fairytale story, isn’t it? We take a win, from the back of the grid, in the team’s last race… That’s just fantastic. The guys did a mega job today – the strategy was perfect. Those calls are always risky, and Sebastien and Ed (Turner, race engineer) got them absolutely right. The whole team deserve this win, because they’ve been superb all year. It’s such a professional environment. Again, Henry and Jesse were both mega today – Henry’s start was unbelievable! I’m just glad we took this win today. This one’s for the team, for Marc van der Straten and for the fans. Thank you!”

LMP2 - Thiriet by TDS Racing ended on a high note!